Don’t ever soak a bloodied cloth in hot water, for starters

Cossetted in a leafy lane in the suburbs of Mumbai is the Cat Café Studio. It thankfully doesn’t serve up the furry creatures on plates, but has them sprawling on cushions while diners fawn over them. Adjacent to the cafe is the tiny studio where I’m attending a menstrual pad sewing workshop by Auroville-based, women-led social enterprise, Ecofemme. Their goal is to create environmental and social change, by approaching menstrual practices holistically.

There’s a small group of women already waiting there, and one man, who is Ecofemme ambassador Rajasi Diwakar’s husband. Rajasi, cheerful and talkative, shuttles between Mumbai and Chhattisgarh, conducting awareness programs on sustainable menstruation. In her Tedx Talk, she says she discovered 5,000 code words for periods in just 10 languages. It’s staggering. But in the Cat Café Studio, however, no word or topic is taboo.

Each of us is handed eight pieces of fabric, cut to size and shape, and a needle and thread. The top layer of cotton of the menstrual pad which will touch your skin is organically dyed and bright pink. The heft of the pad comes from the six thin layers of nude cotton — the hardy innards which do all the heavy absorption. And finally, the last layer is a polyurethane laminated cotton in a floral print, which will prevent leakages.

The first stitch is a fairy simple running stitch. But sewing neatly is a completely different matter. Soon, the complexity of the stitches begins to raise a few rumbles (“Is this is a sewing class?” someone mutters) but after a few jabs, we get the hang of it. We flip the pad inside out, basically to leave a neat finish, sewing everything except the end, so we can turn it back to its original shape. There are a few mishaps. Someone sews the entire pad inside out, requiring some unravelling. The last step is to add titch buttons to the flap, and voila, we have a usable cotton cloth pad, made with our sweat and — thanks to more than a few pin pricks — blood.

“It takes the villagers just 15 minutes to sew one complete pad,” she sighs, looking at us who’ve been struggling for over an hour. She recommends people adopt cloth menstrual pads gradually, switching from disposable to cloth pads on the third or fourth day of the period. One shouldn’t wear a pad for more than six hours. She stores the used pieces in separate canvas pouches, wrapped up properly (it doesn’t smell, she says). Once home, you need to soak it in room temperature water (hot water will fasten the blood) in a mug for at least 30 minutes and then wash it with a mild detergent. The best disinfectant is the sun. If you do not receive direct sunlight, then tumble drying it will work, but she cautions not to wear a damp pad. For each menstrual cycle, it is advisable to keep at least 6 cloth pads handy.

Rajasi highly recommends hygieneandyou, a multilingual resource on ethical sanitary wear. It was started by Priyanka Nagpal Jain, an entrepreneur who also runs Soch Green, which creates earth friendly menstrual products. As we wrap up the proceedings, the discussion shifts to other sustainable menstrual methods such as the period panty (“too hot to wear in summer,” someone pipes up), menstrual cups (“there is a learning curve and they need to be sterilised properly,” says Rajasi), sea sponges ( “more popular abroad,”) and free flow (“an acquired taste”).

When we’re finally done, all of us climb on to the stage with Bambi the dog, each holding a menstrual pad, beautifully flawed and handmade. By now, less than a dozen participants are left, many who are leaning towards a responsible lifestyle, and almost all present — with the exception of me and maybe another — have already shifted to sustainable menstrual methods.

But is the switch for everybody? A few voices in the room say that the cloth menstrual pad has been gentler on their skin, fobbing off rashes and other infections. Skepticism is more prevalent in the ranks of those who never tried them. I’m a cloth virgin too. I just need to sew the side buttons, before I plunge deep into a world of acceptance.

Ps: You can buy a kit of three DIY pads from ecofemme. The three-pad kit comes for Rs 400 and includes instructions, cycle tracking chart, a sewing kit and the material. You can buy complete sets here too.

Neeti Mehra is a sustainability expert and the founder of beejliving, a journal on slow living in India. 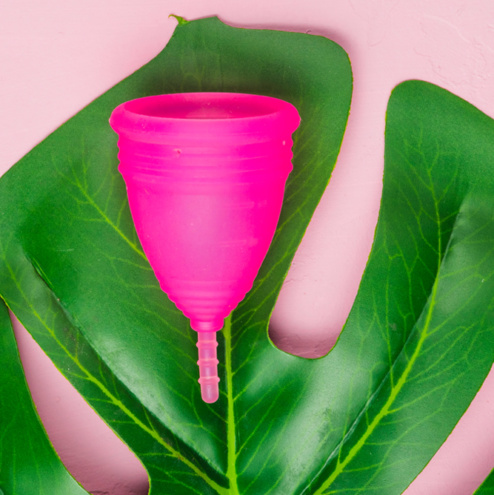 Have you ever considered having a sustainable period?

10 conscious fashion brands that are sexy and sustainable 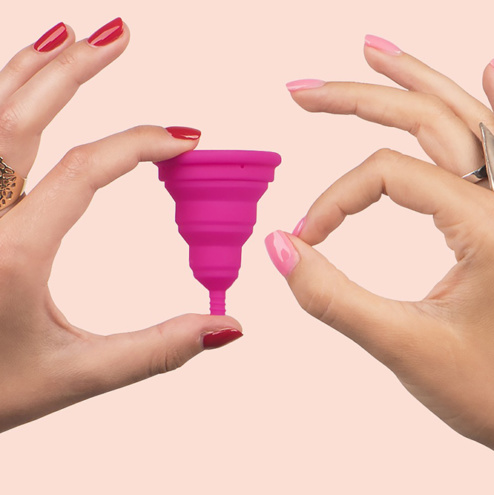 What you should know before switching to a menstrual cup