8 feel-good books to keep you locked in, during the lockdown

Every year, bogged down with the stress of final exams, I’d escape into the familiar, happy world of Harry Potter, and to a school that was a lot more fun than my own. Within those feel-good books, brooms were meant for flying and not jhadu pocha, teachers turned out to be werewolves and trying to conjure up a Patronus was more important than making pie charts.

My obsession for boy wizards aside, author JK Rowling used her description of soul-sucking, cheerless dementors as an outlet to describe the depression she went through, while writing the initial books.

Writing and reading are cathartic — and in a lockdown where actions are limited by screens, windows and doors — words are all we have to keep each other going.

Let’s go beyond Corona lingo, and fear-inducing text messages, and return to those feel-good books that put a cheesy grin on your face, make you bawl like a baby and let you dream of a happier world, while you wait for the real one to return to normal.

Feel-good books to give you company through lockdown 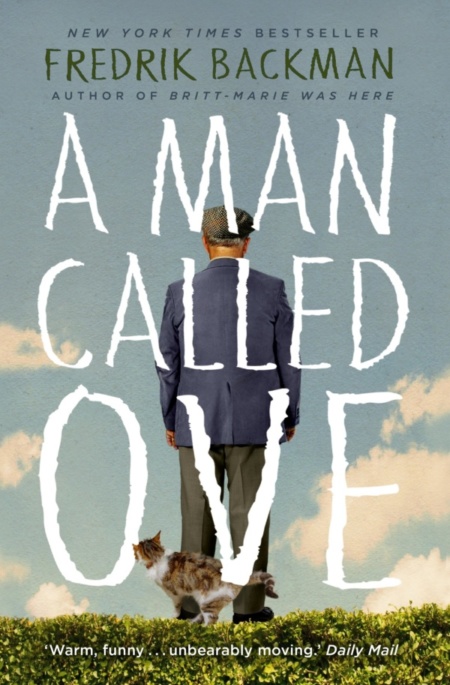 Photo credit: All images from Amazon.in

A grumpy old man who hates everyone and everything may not seem like the hero of your literary dreams.

In fact, he’s more like the colony chachaji who insists on micro-managing your parallel-parking skills (and snitched about your smoking).

But the novel by Swedish writer Backman — which follows the unlikeable 59-year-old man as he crosses paths with a motley crew of neighbours, a barely alive cat, doing all he can to avoid them, as he plots his last day on earth — unravels in a way that ensures you will end up liking the man called Ove.

You might even love him. And it might rekindle your love for life. Even the lockdown life. 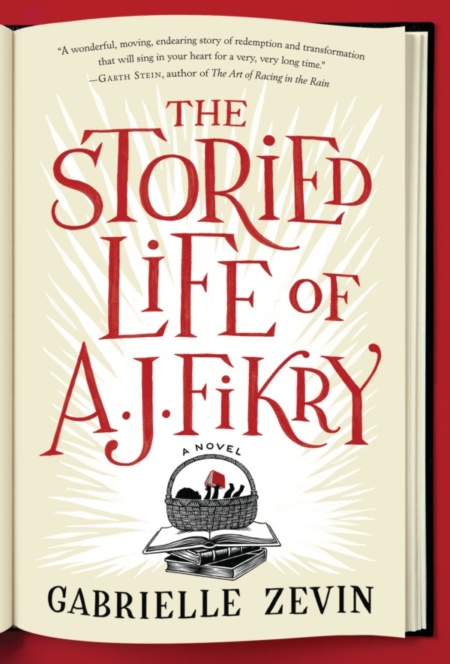 AJ Fikry has been angry for two years — his wife died, his bookstore is failing (because who the hell reads actual books anymore?), his most precious poe-session (a rare edition of Poe poems) was stolen.

Basically, he’s mad at the world, and wants nothing to do with anyone. Identify? Read on.

The novel by American author Zevin is set in a small New England town in Alice Island off the coast of Massachusetts — and yes, like Cheers, it’s a town where everybody knows your name. And Fikry does not like that.

Filled with literary references, it follows the middle-aged curmudgeon as his life turns on its head, when someone leaves a live package in his bookstore. One that wails, and spits up.

Each chapter references a short story or collection of them, and the novel is a love letter to books, the future of the written word, and to surprising, enduring relationships. 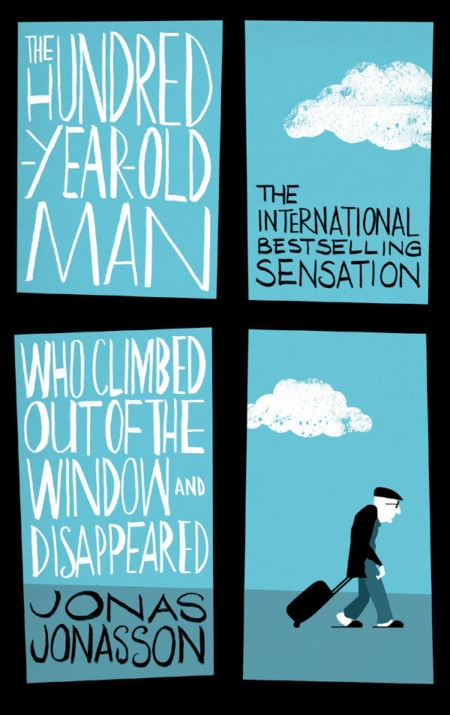 The Hundred-Year-Old Man Who Climbed Out the Window and Disappeared, Jonas Jonasson

It’s my party… and I’ll leave if I want to. That’s a feeling 90 per cent of party-haters swear by.

The novel by Swedish author Jonasson follows Allan Karlsson, who walks out the window of his retirement home to avoid his 100th birthday celebrations — only to be saddled with a suitcase containing money and to be chased by drug dealers, cops and more.

One of the best feel-good books around, it follow his current adventures while flashing back to his illustrious younger days — where he inadvertently played a key role behind the scenes in some of the greatest events of the 20th century. (Harry Truman, Winston Churchill and even Stalin are involved).

An inventive, larger-than-life story that reminds you, that the greatest adventures are sometimes just one slipper-clad step away. Take the leap.

Luke Skywalker had Yoda, Harry Potter had Albus Dumbledore, Kim Kardashian West had Paris Hilton… some of the most successful people in the world have mentors to thank for their personal and professional successes.

While they lost track of each other, seeing his former teacher on Nightline prompted Albom to visit him — only to discover that he was dying of ALS (amyotrophic lateral sclerosis).

In his memoir, divided into 14 different “days” that Albom spent with his professor, he shares Schwartz’s initial teachings and the conversations the two had over these visits. A heart-wrenching real-life tale that will remind you to treasure those in your life, and life itself.

Their sessions can be summed up as ‘Lessons in how to live’ — with the bittersweet clarity that only those whose days are numbered seem to have. 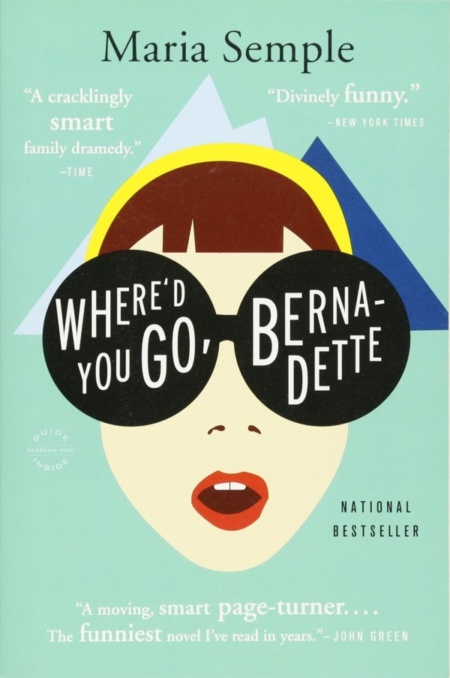 A revolutionary architect-turned-recluse hiding from fans (and her career), best friend to her 15-year-old daughter Bee, a disgrace according to the mothers at Bee’s school in Seattle, and an eccentric partner to her husband — misanthropic Bernadette Fox is a lot of things.

She’s also missing. And has left no trace of how to be tracked down. The book follows Bee as she tries to track down her mother, who was supposed to take her on a family trip to Antarctica.

From revealing that the increasingly agoraphobic Bernadette used a virtual assistant in India to run her most basic errands, to unearthing family secrets, the novel strikes a chord with all of us — who have at least once dreamed of abandoning real life, and running away to live on a raft.

Between the mid-life identity crisis, haunting pasts, self-discovery — this touching and hilarious addition to our list of feel-good books might make you want to say… “take me along, Bernadette” 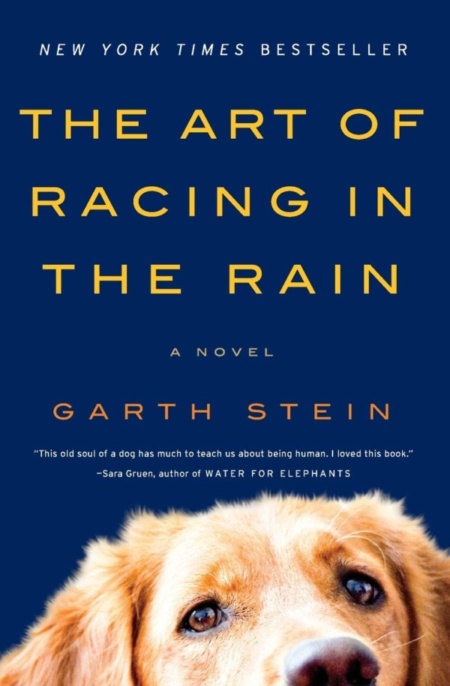 The Art of Racing in the Rain, Garth Stein

This book is narrated by a dog — a dog called Enzo who is a ‘philosopher with a nearly human soul’. If that doesn’t make you want to read the book, you can bow-wow right away.

Enzo’s human is a race car driver called Denny Swift, and through him, learns the lesson that life, unlike racing, is more than just about going fast.

Author Stein, who was a racer himself (and quit, after a terrible crash… while racing in the rain), based Denny’s experiences on his own, and the novel follows Enzo as he shoulders Denny through life, love and loss.

Dog people already know that when your furry baby nuzzles into you, as you’re shedding tears, they know more about compassion and love than we could ever dream — this book reaffirms that a dog is most definitely (wo)man’s best friend. 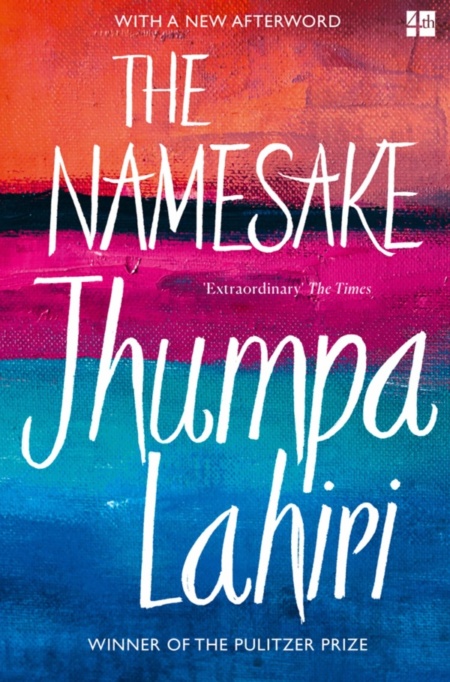 The story follows Ashoke and Ashima Ganguli, a young Bengali couple, who leave Calcutta and settle in Massachusetts, meandering through all the cultural differences crossing continents is bound to bring up.

The novel may be a coming of age of their oddly named son ‘Gogol’, but dives into a world of experiences — and addresses themes of family disputes, coming to terms with your identity, culture clashes, generational gaps and lots more.

The female narratives in the story are wildly different, as well, featuring a traditional Indian woman (Gogol’s mother) and his modern first generation-American wife. Read it for its nuanced perspective, and ultimately life-changing message.

The epistolary novel is much like the care-monger friends who call you during lockdown to distract you from the C-word.

Like the family Whatsapp groups where people are enthusiastically sharing their Masterchef moments and out-of-sync karaoke renditions.

But it’s giving you hope, now more than ever.

Set during WWII, the book (comprising letters and telegrams) documents the experiences of the members of the literary society (of Channel Island during Nazi occupation).

The myriad characters are flawed, charming and heroic, but protagonist Elizabeth McKenna is the emotional core — the second degree of separation between all the other parts. And they are all united by distress and their love for literature.

Add this one to your list of feel-good books for its coping mechanisms and ideas to survive desperate times of hardships.

* Paperback versions of the books will only be available via Amazon post the lockdown.