Because you’ll be obsessed with them too

It all started with Harry Potter and his world of wizards. The first of young adult books that became truly popular across readers of all ages. You couldn’t go on the London Tube and not see “card-carrying grown-ups with laptops and spreadsheets returning from sales meetings and seminars” openly immersing themselves in Harry’s world of magic. The books were so wildly popular with adults, that they were published with different covers for adults and kids in the UK.

Virginia Zimmerman, professor of English literature at Bucknell University, says, “There are a lot of people who, before Harry Potter, simply never would have considered reading a book written for children.” But, now approximately 55 per cent of readers of young adult books are actual adults. Why do so many of us find refuge in these young adult books? Exactly that — nostalgia and pure escapism.

We long for a simpler life with more freedom and fewer responsibilities, and rather than boarding a plane to an exotic location, it is considerably cheaper and simpler to pick up a book and live vicariously through the characters.

“What all these YA novels share is a universal coming of age experience,” says Jennifer Loja, president of Penguin Young Readers. Pointing out that coming of age is common ground among readers, Zimmerman adds, “Adults recognise it as something they’ve been through, but they also recognise it as something of a fantasy. It suggests some sort of stable existence. And as adults, we know that we continue to change, continue to come of age.”

For parents of teenagers, reading young adult books can be made more than just escapism. Trying to successfully get your teenager to express their feelings can often feel like finding the answer to a physics theorem. But it doesn’t have to be like that. You can discuss their idea of self-expression, and even heftier subjects like family dynamics and betrayal by talking through the finer nuances of young adult books.

To help you along the way, we have these 9 young adult books across genres that appeal to adults and teens alike (even if it is just to escape).

9 young adult books you can buddy read with your teenager

If you have difficulty managing your expectations of your kids 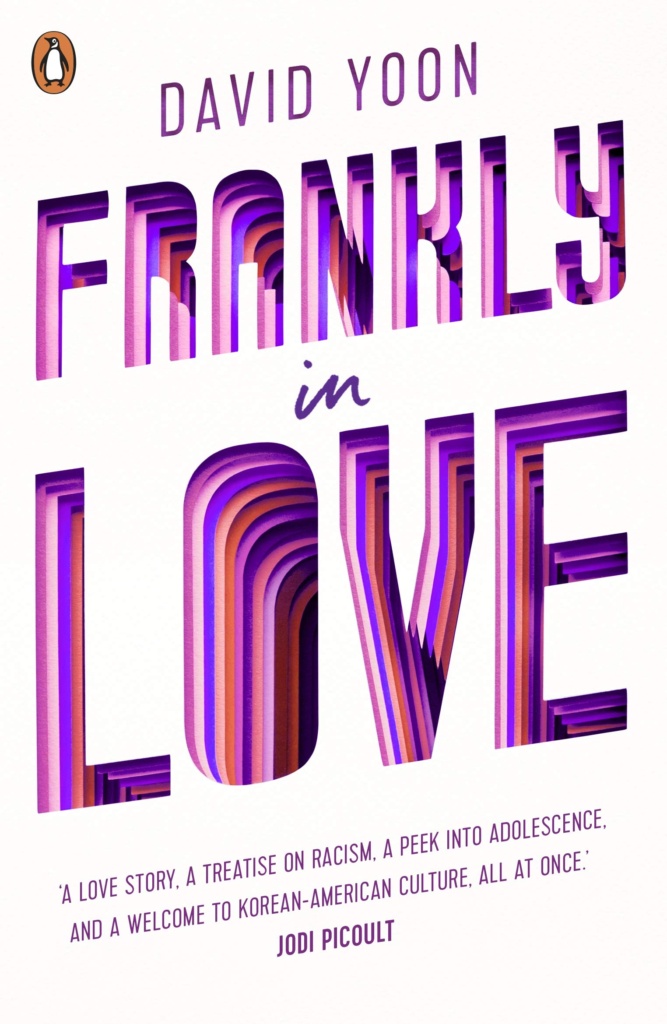 In Frankly in Love, David Yoon lets you peek into the minds of your kids and the goings-on in their brains. The protagonist Frank Li is struggling to deal with his Korean parents’ expectations of him, which are not too dissimilar from my own, coming from a family of Nepali immigrants. I mean, which desi kid doesn’t know about leading a secret life just to keep the peace?

Frankly in Love captures the stories of immigrant families who still live by the cultural norms and moral standards of their former homeland, through the story of a second-generation American boy with Korean parents who sacrificed everything to give him access to the land of opportunities.

Through the eyes of Li and his parents, you’ll learn how your views of the world and your expectations of your kids shape their identities and the kind of people they will become.

If your teen is struggling with their identity 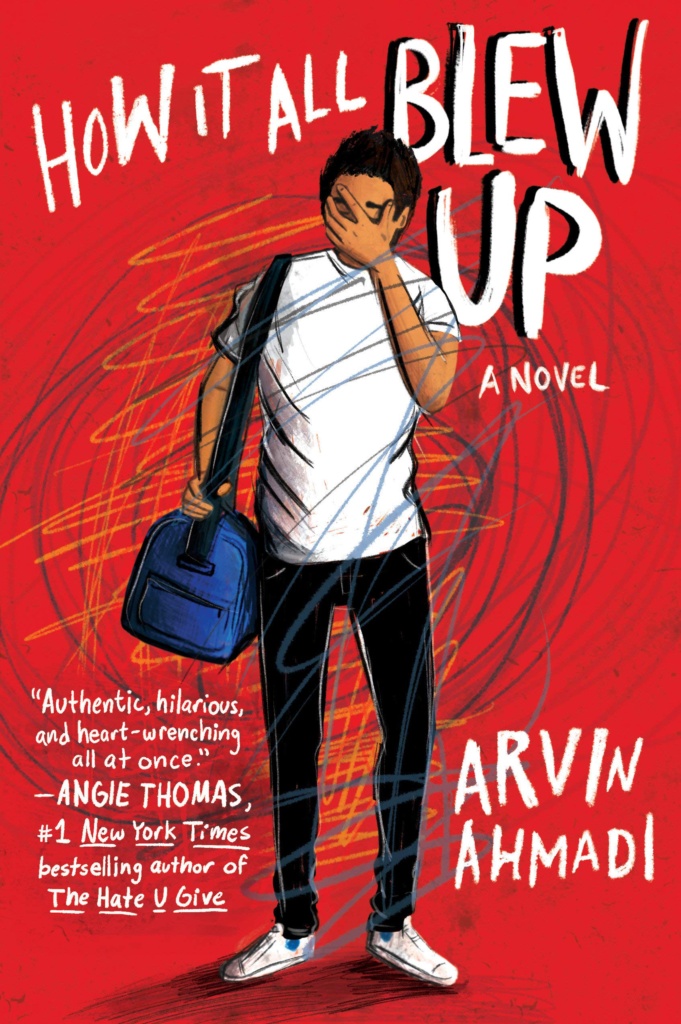 Arvin Ahmadi’s How It All Blew Up is about not feeling free to truly be yourself until you get a one-of-a-kind opportunity to explore your identity and try new things without shame.

When the protagonist, Amir, comes out to his traditional Iranian family, things swiftly spiral out of control, and he finds himself in Rome to get away from the drama. This beautiful tale about family, identity, and love, told in alternate timelines, deals with difficult issues from the perspective of a protagonist who is still scared to open up to others. What if they despise you, after all? What if no one understands it?

If your child is struggling with their sexual identity, How It All Blew Up by Arvin Ahmadi will not only help them make sense of their own struggles, but also help you understand the courage and deliberation it takes to come out to your own family, especially if you think they won’t be receptive to the idea. 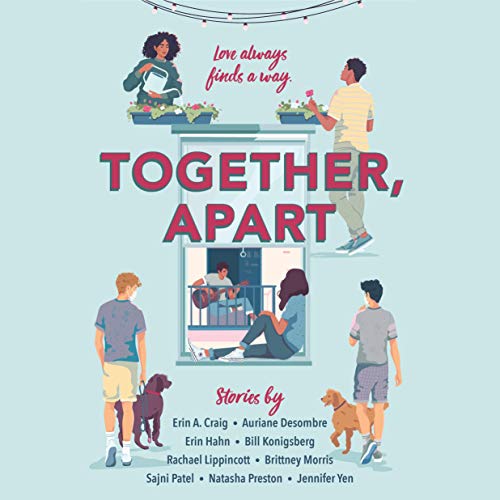 Everyone has been affected by the pandemic, but teenagers have been hit particularly hard by the lockdown. So, for the young people who are still feeling the consequences, this collection of short romantic stories will leave them with the warm fuzzies to keep the pandemic blues away.

Each of the stories in the anthology are swoon-worthy and oh-so-magnetic, I just wanted each one to last forever. We unearth inspiring and inspirational tales of teens finding love in the most unusual of circumstances, from delivery boys to young entrepreneurs.

If you and your teen are just looking to break away from our collective reality, Together, Apart is just what you need to give you a burst of energy and happiness.

If you’re both suckers for a good love story 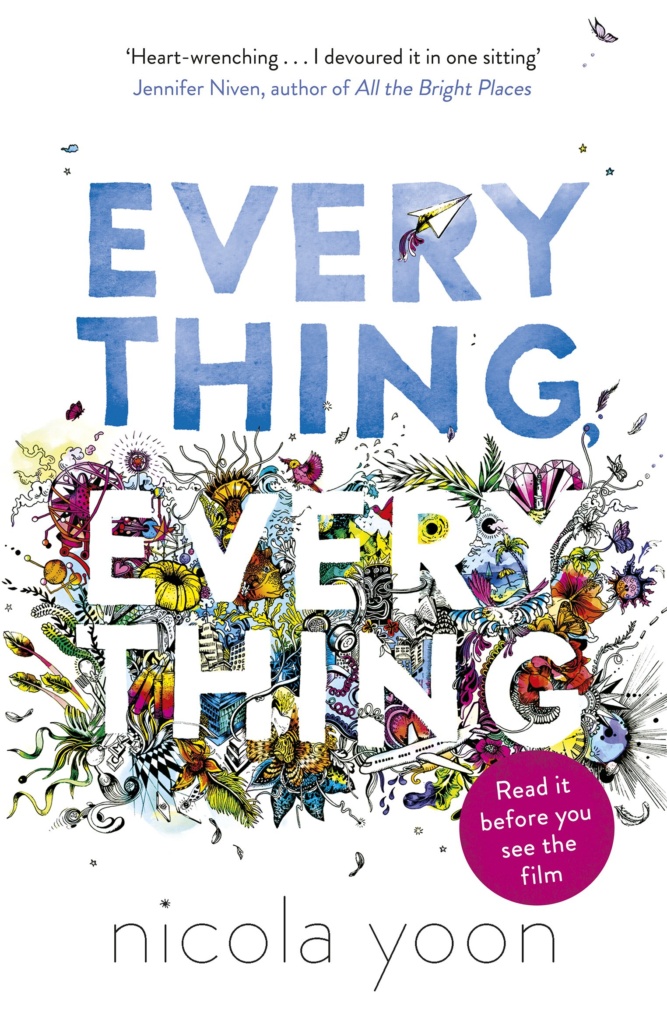 The novel explores several types of love — it’s about a parent’s desire to take care of their children and an 18-year-old’s longing for freedom.

You’ll see the disorder — SCID or bubble baby syndrome — that defines the main character’s whole existence in an entirely new light now that we’re almost three years into a pandemic that has us locked away inside from everyone but our immediate family.

Everything, Everything teaches us that no matter how old we are: it’s not the dangers of love or heartache that can kill us. We’re locked in our cocoons — or our white, decontaminated houses — because we’re afraid of the hurt we might find along the way. 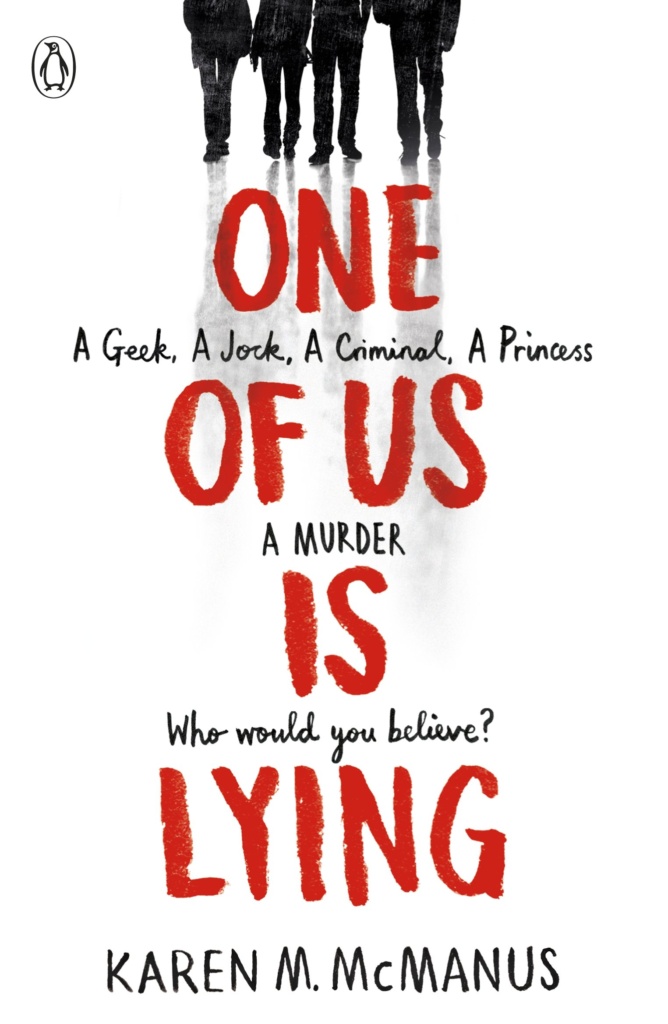 One of Us Is Lying often reads like a modern day retelling of The Breakfast Club, but with a criminal twist. Or more accurately, a cross between the teen movie and the fan favourite teen drama Pretty Little Liars (trust me, your teen will know which show I’m talking about).

The book is a classic whodunit with that glorious AHA moment when you get to the big reveal. Though it’s distinctly ‘young adult’ — with its high school-going characters — it moves way beyond the archetype of what a teenage thriller seems to be.

So, if your obsession with murder mysteries and true crime is what you would truly want to pass onto your kids, One of Us Is Lying by Karen M. McManus is a good place to start. 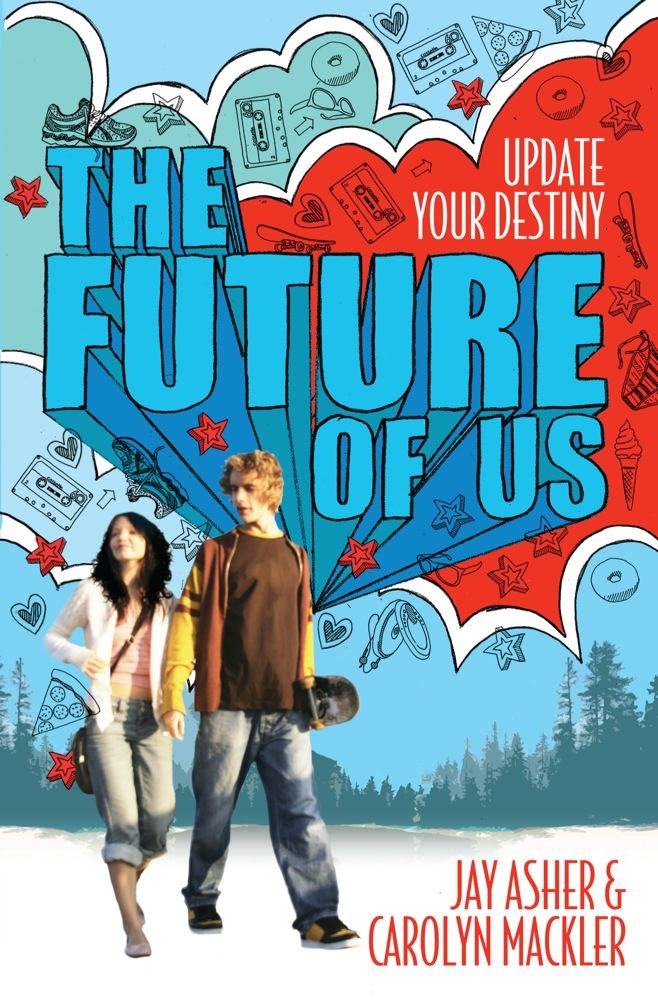 What better way to teach your teenagers about their actions having consequences than reading with them one of those young adult books about time travelling — or some form of it?

In this story, Emma and Josh, best friends, go online in 1996… only to miraculously land on their future Facebook accounts in 2011. It’s interesting to see how young kids react when they’ve suddenly had this realisation dawn upon them that even the smallest of their actions can cause a ripple effect of change in their future.

If nothing else, read The Future of Us with your teen only to watch their expression when they realise what it really meant to be “online” in the 90s. And all that talk of Walkmans and VCRs is bound to have you revisiting the fond memories of your own teenage years. 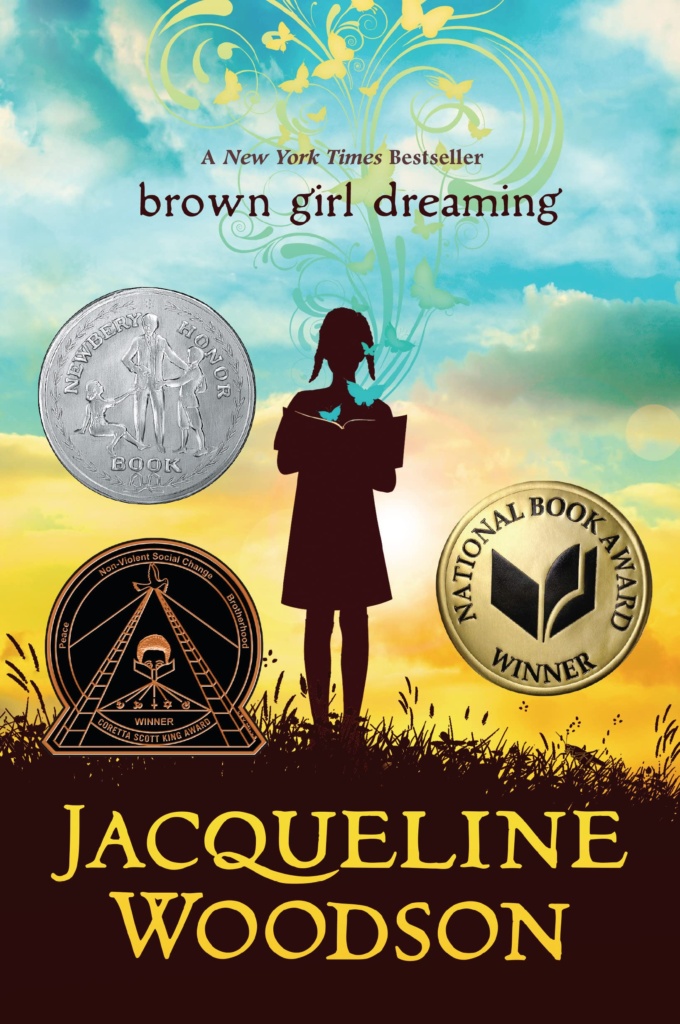 Brown Girl Dreaming delves into not just Woodson’s life, but also the necessity of passing down stories through generations to give our ancestors a voice. Despite being classified among young adult novels, it’s is evident that this is exactly what Woodson states in her author’s note: “My past, my people, my memories, my story.”

Other than serving as inspiration for your budding writers, the book will also provide great opportunities to talk to your kids about your own childhood. But we strongly recommend against starting any anecdotes with “I used to walk miles to get to school…” because we all know how that story goes.

If you have a habit of dismissing your teenager’s outbursts 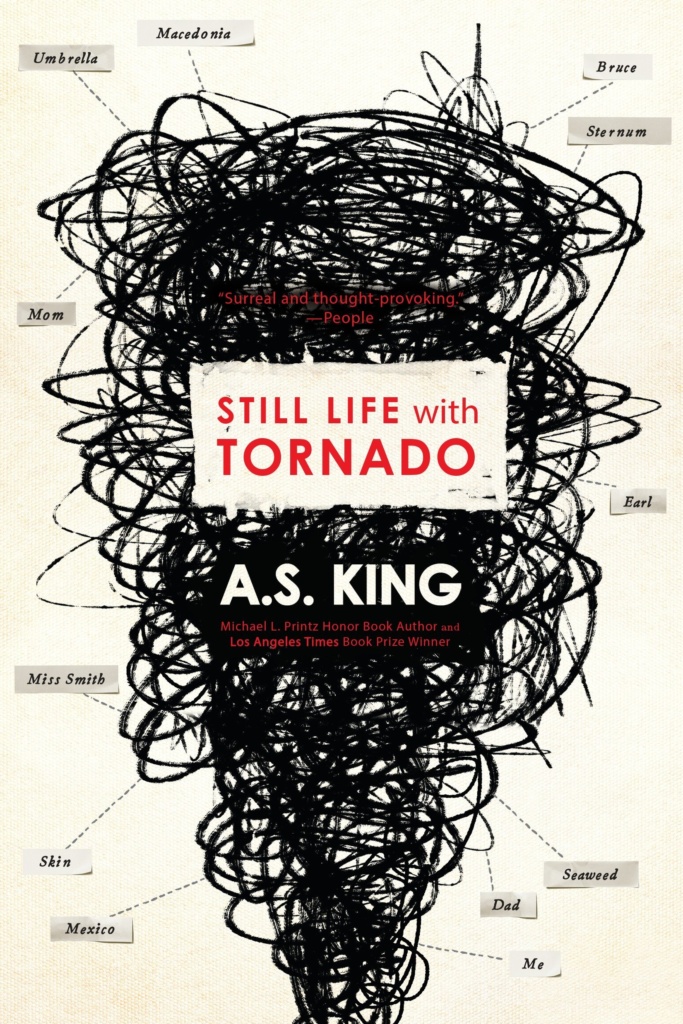 When you’re an adult, especially a parent, it’s easier to dismiss the emotions of teenagers as angst but this is exactly the kind of thinking A.S. King’s Still Life with Tornado will challenge you to let go of. The book brings into cruel light the fact that we’re so quick to dismiss our teenagers’ struggles and tell them they’re overreacting, when the reality may be far from true.

Highlighting the intricacies of divorce and the impact it has on children, whether parents choose to stay together or split up, the book examines how people exploit power and the catastrophic consequences of doing so. It hit me like a tonne of bricks. Maybe because it appears to be so peaceful and inconspicuous at first, quite literally a still life with tornado.

If you’re unfamiliar with her work, be prepared to be drawn into a strange realm of existentialist and magical realism before you can finally comprehend what’s going on. 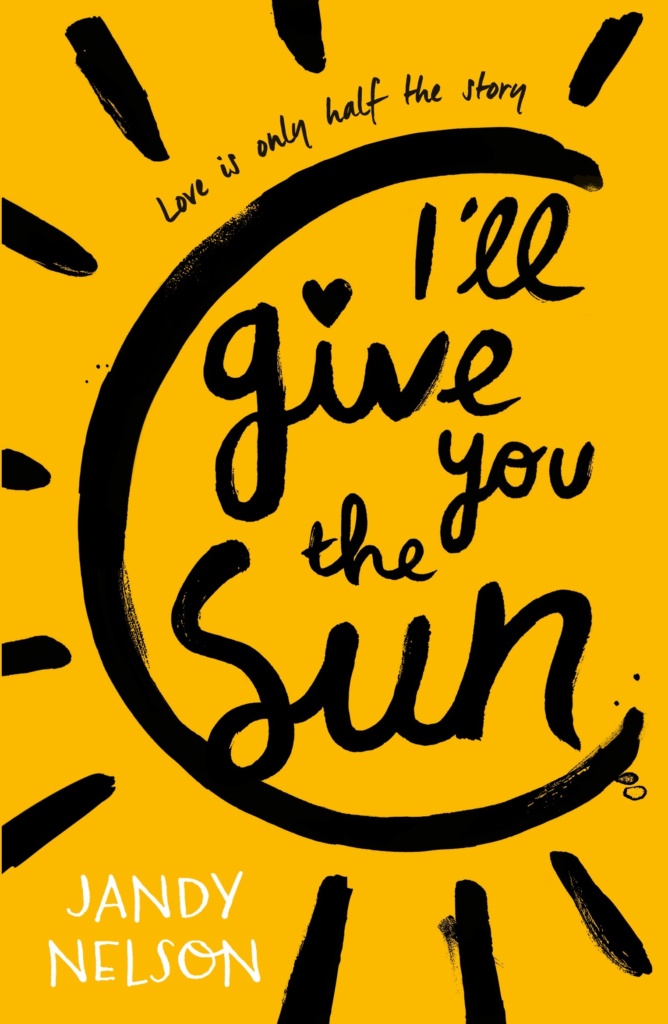 Jandy Nelson’s I’ll Give You the Sun is one of those true coming-of-age young adult books that I can’t recommend enough if you want to share with your kids the many aches and pains of life.

The plot follows Jude and Noah, fraternal twins who were best friends at 13 but are now estranged at 16. As much as the narrative is about sibling relationships, it’s also about art — its creation, relevance, and influence on one’s individuality and freedom.

Also, I have to add that I’ll Give You The Sun has one of the most realistic — and sultry — queer relationships I’ve ever read about. I’ve never had to fan myself while reading about a gay relationship in young adult books, but this story portrays a turbulent, challenging, and gorgeously passionate gay relationship in its adolescence, which I considered to be quite authentic. So, at the very least, read it for that.