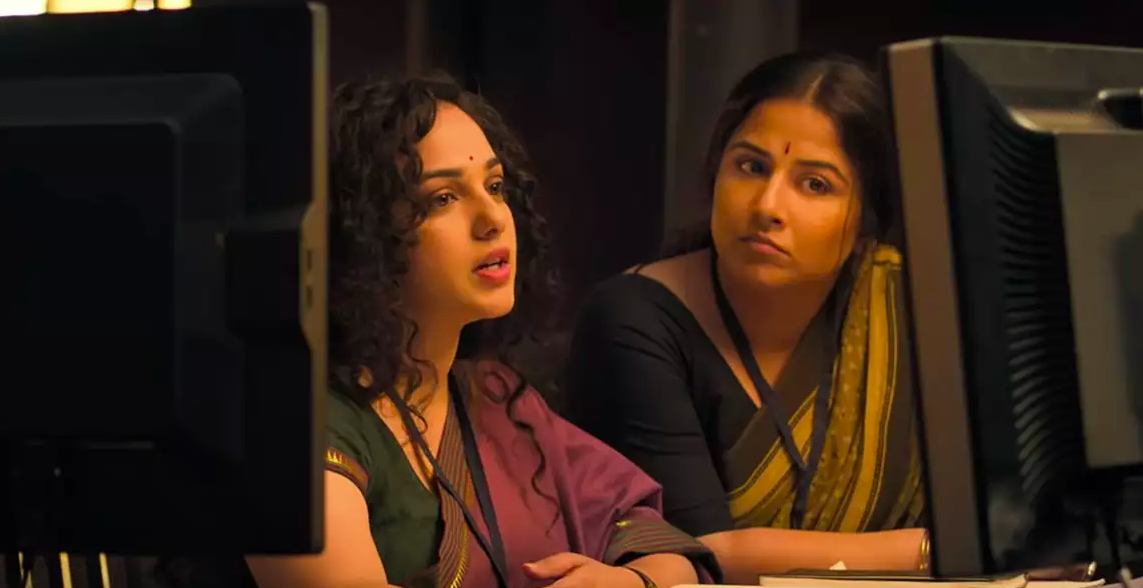 Get that promotion faster: Bosses share 8 habits that will help you stand out

Straight from the source

There’s been a cloud of anxiety looming over young professionals the past year. The will they-won’t they isn’t about the future of your favourite couple in the latest rom-com series trending on Netflix. It’s the fear of getting laid off. Watching your friends and colleagues lose their jobs with news of another company downsizing popping up in every third team meeting.

The constant ticking of a doomsday clock in your mind is exacerbated when it’s someone you know. “When your colleagues get laid off, and you retain your comfortable job, it creates a sense of guilt and manifests as a lot of other emotions, including anxiety, fear of your own future and growing self-doubt,” says psychiatrist Dr Natasha Kate, Masina Hospital and Nanavati Super Specialty Hospital, Mumbai.

With fear comes anger. The feeling that you’re not as integral to the team. Bosses may profess that ‘we’re one big family’ at the organisation — until the time comes to cut their losses.

“A lot of the anger comes either from feeling like you are replaceable – they found someone who was cheaper. Or, like you weren’t really part of the team after all – [they] moved the work away from the team or took people off a team they had thought themselves to be a critical part of,” says Sarah Damaske, associate professor of sociology, labour and employment relations.

This constant feeling that you’re expendable isn’t really helpful when you have a deadline coming up in two days. Given the state of the world, you can’t predict your future at your firm. But you can focus on making yourself valuable to the company.

Who better than CEOs, business owners and bosses to tell us how to keep them impressed and stand out in a crowd?

8 habits that will help you get promoted faster

When you’re young, enthusiastic and want to impress the boss, you think working late at the office will prove your dedication. But, oh boy, we may have been wrong about that. Xerxes Ranina, founding partner, Neolegal Associates, says that it doesn’t necessarily speak of a hard-working employee, but one who can’t manage time properly.

“People feel they need to demonstrate how busy they are, how much they’re putting in, in terms of hours. That’s never appealed to me. Someone who takes too long to do their work or pretends to take too long because it looks ‘cool’ to be in the office till really late — that almost indicates inefficiency,” he says.

There are going to be times when you’re late or stretching beyond your usual working hours. But if that become routine, it may raise more negative questions in your boss’s mind about whether you’re managing the responsibilities of your role.

Breaking up your assignment into a step-by-step list of tasks can help you optimise your daily workload.

Add a new feather (or two) to your hat

You could have memorised all your college textbooks. Added proficiency in Word, Excel, Photoshop, Lightroom and every other professional tool under Skills on your resume (you may have fudged some of them). But those first few days on the job can make you feel like a fish out of water. It takes time to settle and put everything you’ve learned into practice. You’ll start hitting every deadline, kill it at presentations and nail every client pitch. That’s when you settle in. But don’t get too comfortable and complacent just yet.

It’s an incredibly cut-throat and competitive market, no matter what industry you’re in. You may be really good at what you do but there are others out there ready to take over your spot who may do it even 4% better. To make yourself indispensable, you need to become multi-dimensional.

“In a digital company, where everything is constantly evolving, merging and progressing at a rapid pace, we need people who are proficient in more than one thing,” says Raj Dua, former HR lead at one of the country’s biggest advertising companies.

Let’s say you are a digital illustrator, then it would be smart to learn about other forms of digital creation like product design, animations and video editing. To get promoted, add more ammunition to what you’re already bringing to the table.

“As long as you’re in the process of getting up that learning curve, then you’re well served. The first year or two, it’s easier to pick up on new things and then you start to plateau, that’s a problem,” adds Ranina.

Come with the problems but also a possible solution

When the sirens ring and everyone’s on high alert, your superiors don’t want to know about yet another problem. “When you’re approaching them with one issue after another, then you’re more likely to put them off. You need to be more proactive rather than reactive, doing things only when asked” adds Dua.

They don’t want to just hear about what’s wrong, but what can be done to fix it. Even if it’s just a brief outline of a plan, you can then brainstorm together to map out the next step.

“People who show that they can think on their own are more likely to stick in their superior’s mind as the go-to person to take charge and get promoted.”

Being proactive also means looking out for aspects of the job and the company overall that could be faulty, failing, outdated and possibly go down the wrong route. Instead of damage control, approach your boss with ideas on how to revamp it before it even becomes a problem.

Tell your boss you want a promotion

One of the perks of working remotely is that your boss can’t see your pyjamas beneath the Zoom screen. But it also means less face time with the boss. You’re only reaching out when there’s an issue that needs to be addressed and the higher-ups aren’t aware of the amazing things you’re doing daily.

So reach out — it could be as simple as a message about the latest project or client meeting. “I really enjoyed working on this project. I’m happy my efforts paid off and it’s doing so well.”

If you’re looking to get promoted, you need to make that known. Engage with them to build a professional relationship. Discuss your goals with them and they can help you by sharing the areas that they feel you could improve in.

Malika Datt Sadani, founder-CEO of The Moms Co, says it’s important to discuss what it’s going to take to get you to the next level: “What are the skills to develop and gaps to fill in order to be where you want to be. Having these conversations in advance helps utilise time to develop the skills and meet the requirements.”

Showing them that you’re interested in improving your work performance (in turn, improving their company’s performance) will be remembered.

Asking for their opinion also means being open to listening to what they have to say. Even if you don’t like it. “I’ve always believed that someone who can take feedback positively, stands out. It shows their attitude towards life, and that they’re always open to improving themselves,” says Vikas Bagaria, Founder of Pee Safe. Optimists are the ones to emulate, when it comes to having the confidence to get back up even if it were Muhammad Ali knocking them down.

Be honest about mistakes

Bagaria values honesty in the people he works with. Everyone is bound to make mistakes. Even the universe messed up by letting cockroaches have the ability to fly in your face right when you think you’ve trapped them. But we need to be able to own up to our mistakes.

“I definitely get put off by people who try and hide mistakes,” adds Ranina. It’s better to just share it so it can be acted on and corrected instead of pretending it didn’t exist, or just making excuses.

“These are things which have drastic repercussions. I value someone who quickly fixes the mistakes and makes corrections.” And in his high-stakes world of law, one wrong word on a court document can mean very different things for a client.

Sadani concurs that excuses won’t get people very far. “In a start-up environment, there’s a lot of interdependency and teams often work like relay races. Because of one person’s lack of action, entire teams end up getting affected and work gets impacted. It’s very important for employees to reach out at the right time so everyone can help them achieve their goals.”

It can be scary, you may even get reprimanded by your superiors. But imagine what could happen if you just let it slide instead? Especially when there are big clients and brand budgets involved.

Make less work for your boss

The easiest way to become highly valuable to your boss is to take some of the load off them. Ranina says that your superior needs to think about what their life is going to be like without you and pray that day never comes.

The biggest lesson that Dua learned after 30+ years in his profession – take notes whenever you can. “No one likes to give the same instructions over and over again. It’s going to make your boss think that you either don’t understand the job at hand or are incapable of seeing it through.”

At some point or the other, we’ve all smiled and nodded our way through briefs, then later put the pieces together with no reference at hand. “If you don’t understand something, it’s better to clarify it then and there. It can also help you process the information more quickly and ask your follow-up questions while the discussions are ongoing.”

Taking notes shows that you’re listening and you’re invested in what is being said to you.

Hold up your end of the bargain

Know your job and get it done. Being a big talker and full of ideas is good when you need to inspire others. But you can’t be all talk with no follow-through when it comes to your own task list.

“This also means fulfilling the role that you signed on for. If your job is to manage five people, then you can’t keep complaining about having to work with five other people. It makes people question if you’re competent to do what you’re even assigned to do at the moment, forget about getting promoted,” adds Dua.

Unfulfilled promises, missed deadlines and unhappy clients is a recipe for professional disaster, not to get promoted.

Some people believe that climbing the ladder is all about networking. Even the most outgoing person, the one who is the life of every office party and always joking around with the boss, needs to get work done. “The bottom line is the output, that’s the most important,” says Ranina.

Being a team player and socialising with your coworkers is well and good, but doesn’t speak for the quality of your work.

“If your superior needs to keep asking you for your assignment, then I would not see you as capable or valuable,” adds Dua. Everything else that you work on to get promoted, whether it is building a better relationship with your mentor, up-skilling and trying to learn about the work of other departments, should be done after your own daily task is complete.