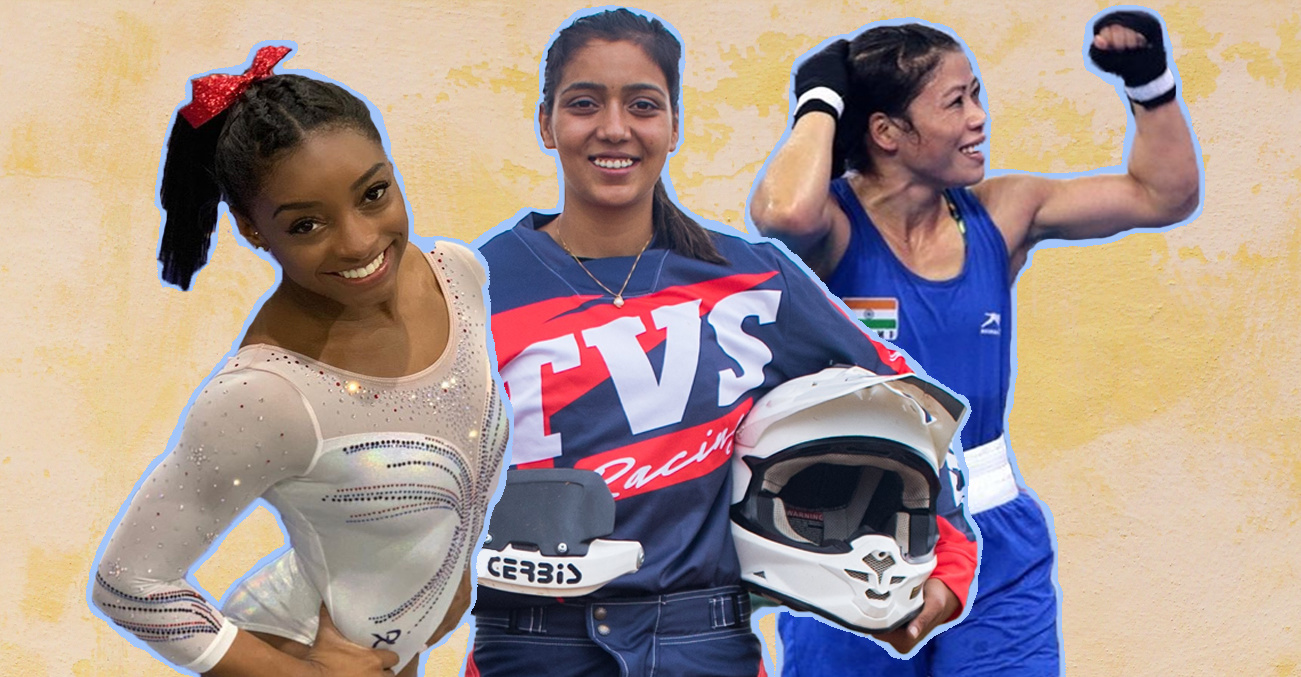 3 sportswomen breaking world records like they're made of papad

Why Mary Kom, Simone Biles and Aishwarya Pissay are our new heroes

A great week is a relative concept. For some, it means successfully making it to work on time all five days of the week, relaxing on the weekend and not acting on the murderous thoughts they’re having about their colleagues.

qualifications was successful ? two more biles’ down in the code made all event finals = one happy girl

For Simone Biles, American gymnast and all-around wonder kid, a great week meant winning her fifth all-around world title. She won the gold at the 2019 World Artistic Gymnastics Championships held in Stuttgart, and in doing so broke two of her own records — the biggest margin of victory ever at a world championship, and the most world medals won by a female gymnast (22).

Breaking barriers is never easy. You have to fight the stereotypes, work really hard, constantly push yourself to be better and never give up. That’s my #DoYou story @pumaindia #JaabXT

For MC Mary Kom, Indian boxer, supermom and superwoman, a great week meant smashing her own record as the most successful boxer in the history of the tournament at the AIBA World Women’s Boxing Championship held in Russia. The six-time champion advanced to the semifinals of the event. No matter the outcome of the match against second-seeded Buse Naz Çakıroğlu of Turkey, she’s guaranteed a medal (her 8th overall). The icing on the cake? It will be her first ever world medal in the 51 kg category. The 36-year-old has juggled marriage, kids, established her own boxing academy and punched her way into becoming one of the most iconic boxers in the world. We can’t wait to see her next move.

For Indian moto-racer, 24-year-old Aishwarya Pissay a great week meant becoming the first Indian to claim a world title in motorsports. She won first place in the women’s category and came in second in the junior’s category at FIM Baja Rally World Cup (a world title in motorsport on motorcycles) held in Hungary. From athletics to racing, we’ve come a long way — especially in a country that has historically taken its own sweet time in supporting women in sport.

In other #girlpower- related news, Indian referee GS Lakshmi will become the first woman referee to officiate in an International Cricket Council event. October 11 is International Day of the Girl Child — and these icons are a powerful reminder of exactly what  women are capable of when they’re supported and celebrated.