Stories that will nourish your little bookworm

A handmade doll that comes to life, bullying and wreaking havoc on all the prim store-bought toys that live in a child’s playroom. Among Enid Blyton’s female-led books for kids, the Amelia Jane series made me wonder what exactly my toys got up to when I wasn’t looking, gave me plenty of unruly ideas (including but not limited to locking my sibling in the bathroom) and cautioned me against what would happen if I got caught.

As I got older, female-led books for kids like Nancy Drew, The Baby Sitter’s Club, Malory Towers and more, inculcated a lifelong love of reading. I’d like to believe growing up on a steady diet of strong independent women (in real life and in books) who could do anything, made me one.

Dr Swati Popat Vats, president, Podar Education Network, believes books play a huge role in assisting with your child’s cognitive, social and emotional development, as she shared in our story on interactive books for the little baby genius you’re raising.

Age five onwards is the right time to expose kids to stories with cool girls at the forefront because moral development is at its highest between ages five-10. They will absorb these simple learning lessons and values through stories — including the lesson that girls can do anything.

Age eight is when social development is at its peak since kids start interacting more and comparing themselves to others. So, for eight-year-olds and above, most of whom at this point have “learned to read and are still building confidence in their fluency, vocabulary, and reading comprehension skills as they grow into strong readers”, stories with relatable characters and engaging situations are key.

While we at Tweak have grown up on a steady diet of everything from fairytales to Disney classics, and loved them at the time, like Twinkle Khanna discovered as she investigated the Grimm beginnings behind some of them, it’s time we updated what we’re reading with our kids — and make sure we include badass, inspirational little ladies they can identify with and learn lasting lessons from.

We picked female-led books for kids from the age of four to eight and above — all the way through to 13. But as emotional development, grasping abilities and comprehension vary, what might work for one eight year old, may not work for another. If you feel that some are too advanced, hold off or read them along with the child.

These are some of our favourite female-led books for kids: 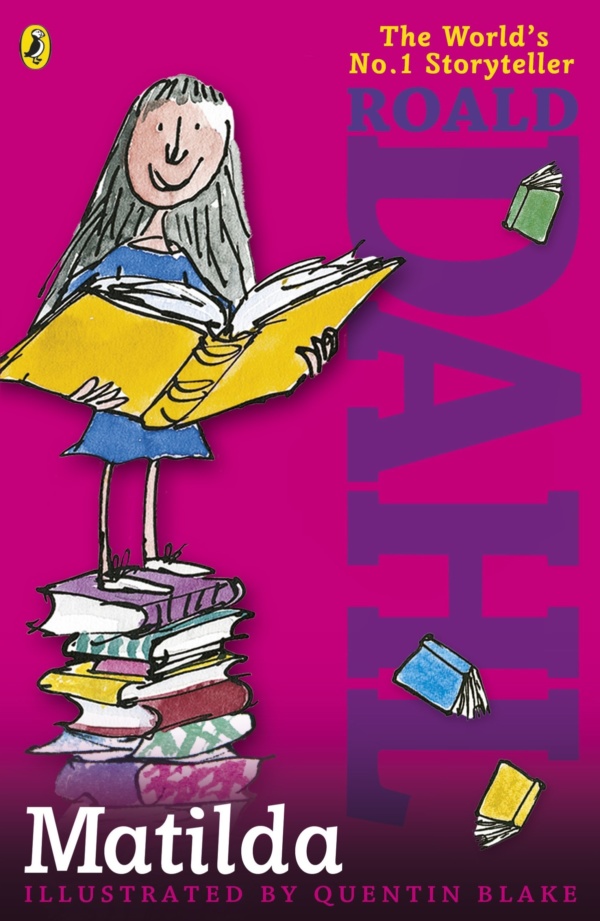 A five-year-old genius with intellect that most adults can only dream of, and telekinetic powers to boot, little Matilda should have the most idyllic life in a village in England.

Instead, she’s stuck with neglectful parents, a bully for a headmistress and increasing dissatisfaction for life.

The story follows the little girl as she finally finds her saviour in her teacher, Mrs Honey. Your little one will love this Roald Dahl classic for the over-the-top lessons it serves to bullies, and its ultimately happy ending about finding your place in the world.

It’s never too early to learn about the robots, the magic of tech and how to apply logic to fix things. In fact, I’d probably be a lot less of a nani on my laptop if I had access to this growing up.

The story follows Yash and Yashika as they learn about precoding terms like sequencing, code, loop, if-then conditionals, debug and algorithm, through everyday play-time activities. 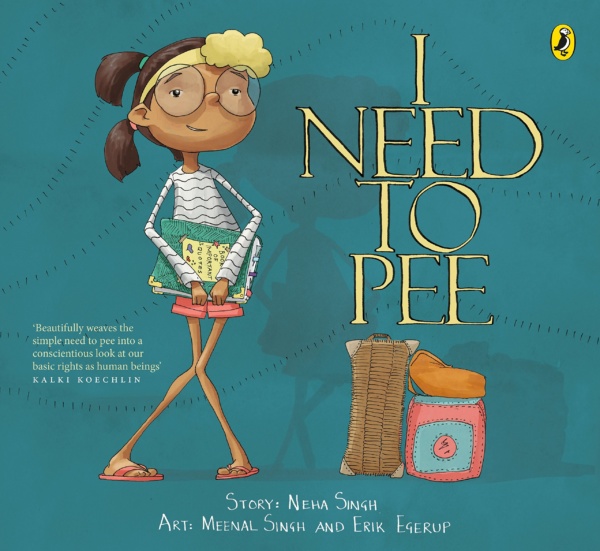 I need to Pee by Neha Singh

‘I need to pee’ are my best friend’s trigger words. Since we were five, my weak bladder has haunted her as we travelled across India and through bar nights. Followed by ‘Shit, I can’t pee here, it’s gross’.

Public toilets are hard to find, notoriously gross and disease-causing for women, and in this book, we follow little Rahi who loves Slurpees and therefore always has to pee, on a journey to Meghalaya, India — battling her foremost enemy. Public loos.

Tackling an eternally relevant subject in a tongue-in-cheek manner with a heroine who is unapologetic about her needs, and demands her rights, this book is pee-fect.

On our list of female-led books for kids is this illustrated biography , which follows the  life of Maria Montessori, the pioneering teacher and researcher. She grew up in Italy at a time when girls didn’t have access to the same education as boys, but thanks to her mother’s support, she studied medicine and went down in history as a leading educationist. And a great real-life hero for little girls.

Inside Out and Back Again by Thanhha Lai

A story about a 10-year-old girl named Kim Hà and her family, fleeing to the United States on a navy ship because the Vietnam War had reached their home, inspired by the author’s own experiences.

Written in verse, told from Kim’s perspective, this coming-of-age book is divided into three parts; Saigon, At Sea and Alabama, and follows little Kim as she grapples with leaving her home behind, and finding her place in a whole new world.

A gentle introduction to the concept of migration, this poignant, heartfelt book humanises, and simplifies a reality we all grapple with as we watch borders open up and close all around us.

The Adventures of Tootsie Lama by Stuti Agarwal

Tootsie Lama lives up in the misty hills of Darjeeling all by herself — going where she wants, when she wants. And one day she wants a lovely comforting bowl of thukpa, just the way her aama used to make it. So she sets off an adventure to make her thukpa, with her loyal friend, Tenzing.

The beautiful story follows eight-year-old Tootsie, an orphan who lived on the streets but was rescued by a lovely aama and baba, only to lose them to landslide.

She now lives alone, managing her home and life. And thukpa cravings.

Tackling heavy subjects like loss and hardships gently, with a spunky, brave heroine at the heart of it, this is a beautiful addition to any kid’s library. Don’t blame us if you suddenly want a bowl of thukpa and a trip to the mountains, though. 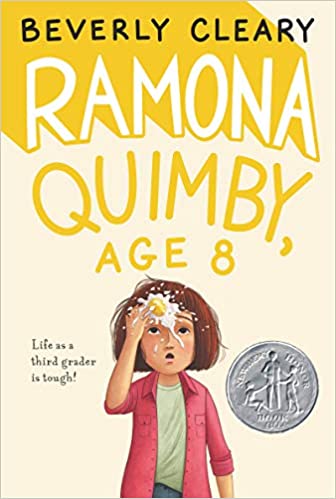 The eight-book series follows little Ramona, who lives in Portland, from nursery school till age 8-10.

This imaginative and lively little heroine was an accidental character, who first appeared in Cleary’s Henry Huggins, and the series follows her misadventures.

It’s more than just slapstick comedy as Cleary addresses real-life situations, and the emotions that Ramona struggles with along the way – as her father loses his job, her parents start fighting and her cat passes way. 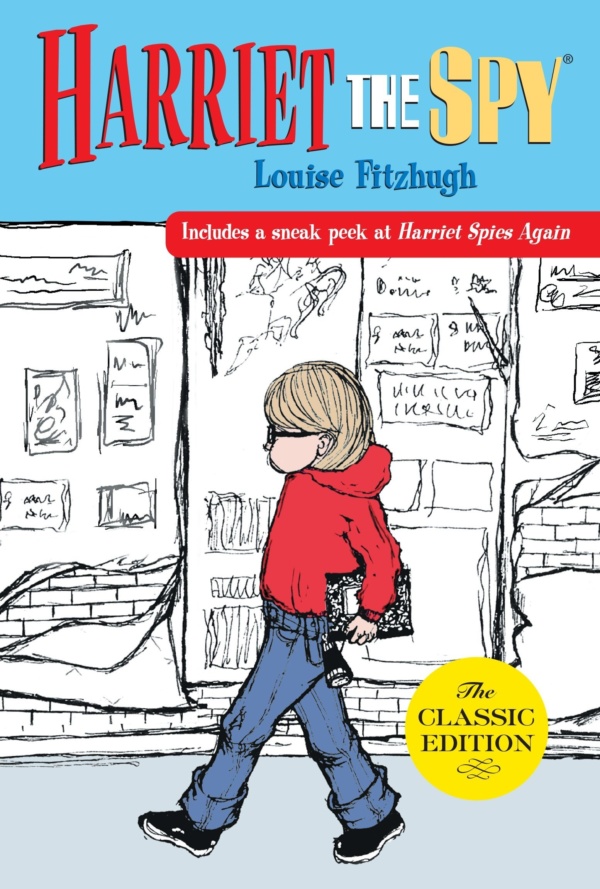 Harriet the Spy by Louise Fitzhugh

This classic tells the story of a precocious little 11-year-old who is a “spy”, with a notebook that holds all her little observations about her friends and neighbours in her New York City neighbourhood.

But her book disappears and her friends start to read the always true, but often mean little notes she made about them. The book follows Harriet’s journey to solving the mystery of who stole her book, and making amends.

Written in a world devoid of anonymous social media trolls, this pick from our female-led books for kids seems even more relevant today.

It makes a compelling case for the power of words, and how we use them. Featuring a heroine who is less than perfect, but learns valuable lessons along her journey. 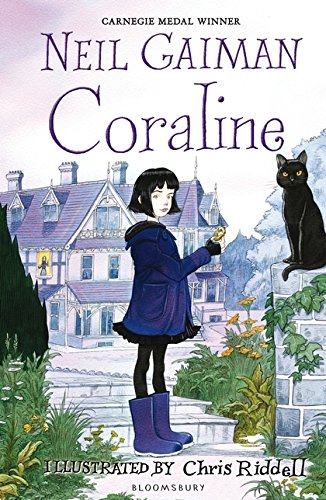 Eleven-year-old Coraline Jones has four parents — but her ‘other’ parents have buttons for eyes. She discovers them when she moves in to a new home with her real parents and stumbles into a mirror world through a door in their home. Here is where Coraline’s ‘other mother’, ‘other father’, and ‘other’ neighbours live. And cats can talk.

It’s creepy and she escapes to her real world — except her parents have been kidnapped by the other mother and Coraline must rescue them. As the story progresses, it’s left to the reader’s imagination to decide if the story is real or if it’s all in Coraline’s imagination. The slightly scary book by master storyteller Neil Gaiman is best read alongside an adult — especially if the kids start to believe it is all real. 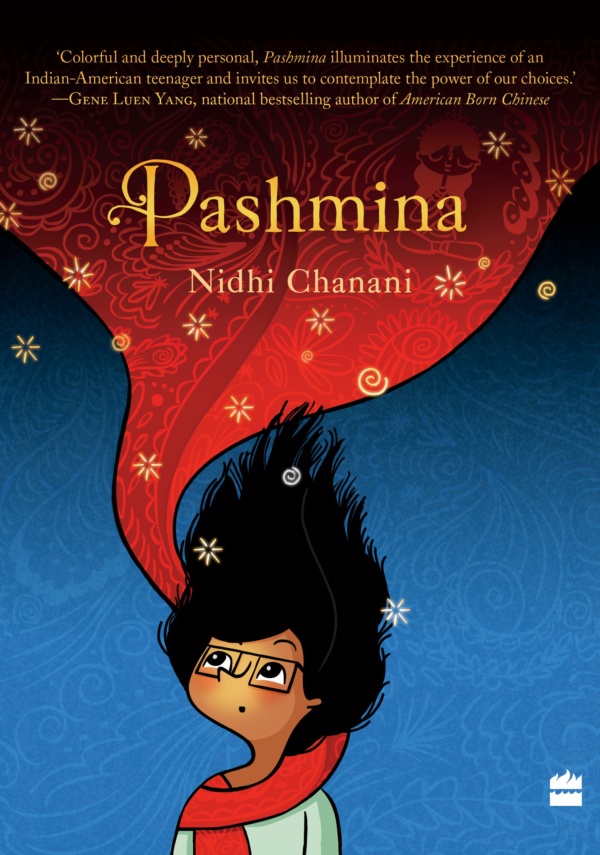 A graphic novel that tells the tale of a magical pashmina shawl, that becomes the starting point of one little Indian American girl’s discovery of her Indian heritage.

It’s a story of Priyanka Das, who lives in America and whose mother refuses to talk about India, or who her father is. One day, she finds a magical shawl that transports her to what she thinks is India — and sets her on a magical path of discovery.

This heartfelt, poignant graphic novel captures the complex immigrant experience and weaves in the story of self-discovery with a hint of fantasy and a whole lot of heart.

This retelling of Cinderella has a few updates —  Ella of Frell was blessed at birth by Lucinda, a fairy to “obey” every command (If that isn’t every parents’ not-so-secret wish for their obstinate offspring, they’re lying) – applying a pretty plausible explanation for her becoming subservient as per the original tale.

Sadly, Ella loses her mother to an illness and at 15, her world is turned upside down — her negligent father marries an evil stepmother, and she’s stuck with bullies for stepsisters. But Ella’s determined to track down Lucinda and break her curse — encountering a prince Charming, elves, ogres and pumpkin coaches along the way.

This empowered Ella is strong-willed, goofy, funny, independent and doesn’t wait around for someone else to rescue or fight for her, setting herself up as a spunky role model for little people everywhere. 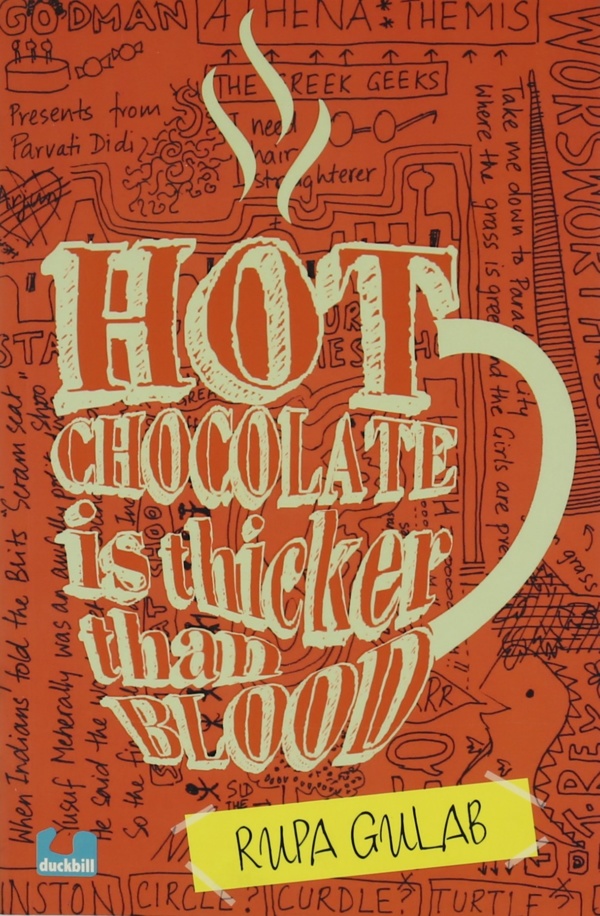 Hot Chocolate is Thicker Than Blood by Rupa Gulab

Anu and Diya are like any two siblings — poles apart, and often wondering how they could even be related. Anu hates her unruly hair, is always getting in trouble at school while while beautiful Diya has good grades, a good boyfriend and even better hair. But life is going well.

Until an aunt shows up with news for Anu — one of the sisters is adopted. Gently addressing teenage turmoil, the complexity of built relationships over born ones, read the story with your young one to find out how the relationship unravels, and how they find their way back to each other.

Don’t worry, there’s a happy ending, because, the bonds formed over hot chocolate are indeed thicker than blood. 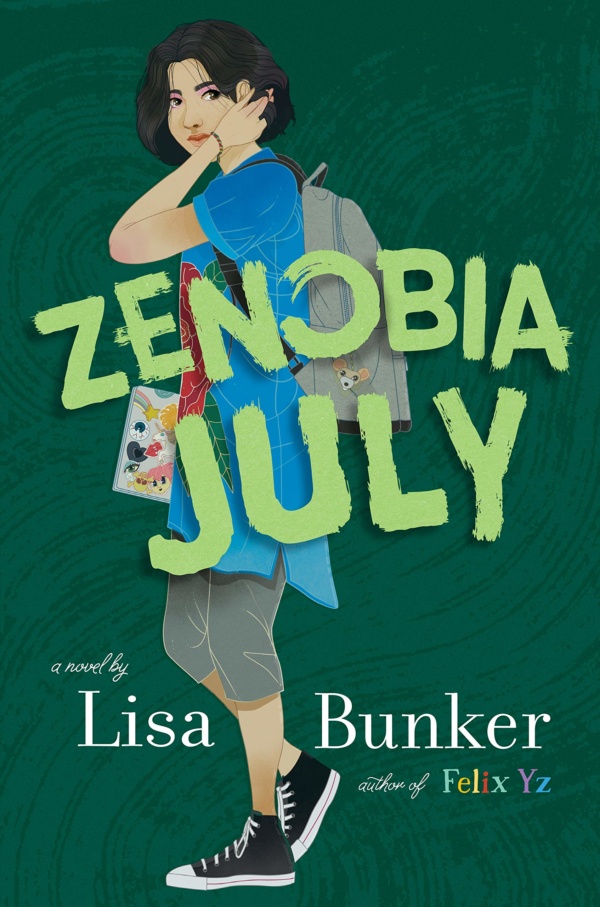 Some kids have two mommies, some have two daddies, some dress like boys even though they have girl names — the LGBTQIA+ culture is an essential part of our society, and kids must be gently introduced to people on the spectrum.

If you think your child has the capacity to understand and navigate these stories, the heartfelt story of Zenobia July is a good place to start. Zenobia moves away from Arizona, and has a whole new life in Maine, with her aunts, and here, she can live openly as the girl she always knew she was.

But settling into a new school with people who don’t understand who she is can be hard and the realistic story gently expresses how confusing it can be to live as a transgender in a society that finds it hard to understand, and accept. 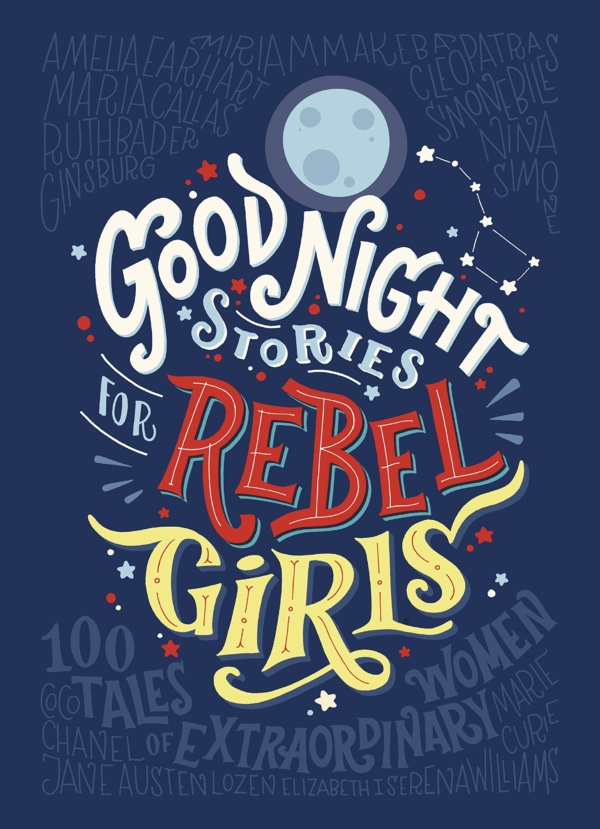 Growing up our history books were filled with visionaries and brave men, with the occasional hurray moment when we spied a woman in the midst. Luckily, things are changing for those who are growing up today — where finding accomplished women isn’t special, but in fact, commonplace, and therefore empowering.

This book introduces us to one hundred such women and their extraordinary lives, from Malala, Amelia Earhart to Michelle Obama. Featuring mini bios of everyone, from pirates, to surfers, to writers, alongside illustrations, it’s a gem for kids, but it’s equally inspiring for their mommies who’ve been feeling off kilter, or just about anyone who needs a reminder of how badass women can be.