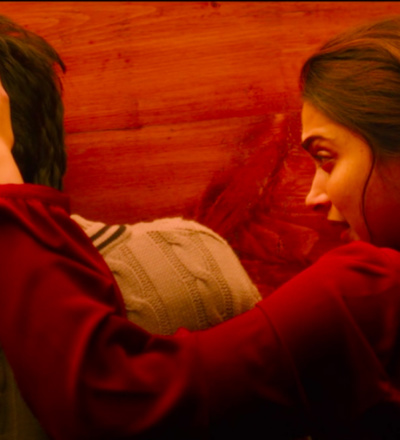 "I started feeling lonely, the man I loved was a vague shell of who he once was"

In this edition of Marriage Diaries, we hear from a woman who’s struggling to keep up with her partner’s depression

My friends keep telling me how strong I am for supporting my husband through his depression. But I get tired and angry dealing with a spouse with a mental illness. I’ve fought with him and even cried because I felt he wasn’t trying hard enough to overcome this.

Madhav* and I have been married for over five years now. That first year flew by with us setting up our life together. There wasn’t a major event that triggered his depression, I could sense a shift in his mood, a kind of aloofness and distance.

My mind jumped to the first conclusion – ‘he’s cheating on me’. I never considered that I’d have a spouse with a mental illness.

He stopped doing the things he loved — no more weekend hikes and jam session with his buddies. He started to skip work and neglected even small tasks.

We fought because I didn’t understand and was expecting the worst. Every time I asked, he shut down even more.

I got a call from his office one day telling me he’d been rushed to the hospital after a heart attack. The 25 minutes it took to get from home to the hospital were terrifying. Luckily, his reports were clear — it was an anxiety attack.

Madhav brushed it off – “What do I have to be anxious about, do the tests again.”

The entire way home, other than praying and thanking God that his heart was fine, I tried to ask him what happened, but he was mum.

We never had such a block in communication before and I was on edge. I finally blurted out, “are you anxious because you’ve been unfaithful to me?”

We stopped the car by the side of the road, and I watched my husband break down. All his feelings of helplessness, loneliness and anxiety came pouring out.

He had first experienced depression while studying in the US, but never told anyone.

I told him we’d get through this together but I had a hundred thoughts in my head. What would I have to do? How would I deal with this?

The first thing I did was set up an appointment with a psychologist. Madhav went for his first meeting alone. He didn’t want me to be there and after quite a tussle, I had to respect his decision even though I didn’t understand it.

Instead, I did what I always do when I’m stressed and started reading about it.

A lot of our time was spent in the bedroom. He’d spend hours and days in bed, with me cleaning up, looking after him and whispering all the jargon I’d picked up from the internet about being a supportive wife to a spouse with a mental illness.

He eventually left his job (something he was considering even before this all started) and I became the sole breadwinner.

I work in advertising, and the hours can be long, unpredictable and stressful. I had to manage the house and our finances — looking into medical insurance, wondering if it would cover his therapy and questioning what would happen if he needed in-patient treatment.

Even with medication, the depression and anxiety linger like a dinner guest who stays in your house well past dessert.

I started feeling lonely. The man I loved, who made me laugh and supported me would be locked in a mental closet for weeks and my new ‘roommate’ would be a vague shell of who he once was.

I’d be lying if I said that I never told him to “snap out of it” and “just come out for a walk, you’ll feel better”, but it doesn’t work that way.

I realised one day that I was losing myself in my husband’s illness. We’d decided not to talk to others in the family about it.

I became the secret keeper with a box of excuses to whip out any time someone asked why we missed Payal aunty’s dinner or Pooja’s wedding.

Madhav doesn’t think his family is ready to hear about his depression. As is the case with many couples, the women have to play the bad cop.

I have to dodge family inquisitions about his lack of a ‘steady job’, our absence from family gatherings and more, like a boxer ducking punches.

When you’re a caregiver, your life becomes about the other person. You have a single purpose – to get the person you love to feel better more than anything else in the world. Sometimes, at the cost of your own mental and physical health.

There are moments I feel myself burning out between balancing work responsibilities, the house and worrying about my husband, but when I see him up and about on those good days, it seems worth it.

Before lockdown, I had started spending more time focusing on myself. I sought support from friends, and even went and saw a movie by myself.

I was getting in some me-time after a very long time. It’s a reminder that I’m more than just a woman who has a spouse with a mental illness.

Our relationship hasn’t changed but it’s growing and evolving. This episode has shown me a new side of my husband that I wouldn’t have known existed. It has made him open up to me and show me his vulnerabilities.

He now works on freelance design assignments and the added income is helping us meet his medical needs and pay our rent.

I can see him try and pull himself together, while on other days I see the cracks form again and we need to press pause on the day.

I sought out counselling via skype calls, which helps. I know none of this is his fault, and I’m working to fight my natural instincts and frustrations.

This experience has opened my eyes up to a lot of things. That people, even the ones that we think we know, have a lot more going on beneath the surface.

We’ve grown up with the mental illness stigma that holds us back from opening up to our loved ones. But mental illness impacts not just the person who lives with it every day, but also the people around them.

Having a spouse with a mental illness doesn’t mean your own life and mental health become second-class citizens. It’s not going to make things easier for you or your partner.

As told to Sara Hussain.

WATCH NOW – How to cope with anxiety and stress