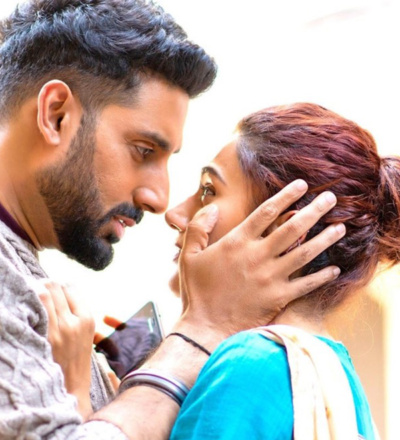 Getting men to open up is hard. So we got 25 real men to crack the male code for us

On fights, feelings and more

If I had put ₹10 in a jar every time my partner got upset at me for being upset with him, I could treat myself to champagne dinners at the Taj for a week. Revealing this at an office meeting turned it into a group therapy session. We all struggled with communicating with men.

We concluded that we’re all either married to/dating some iteration of the same person (Galentine’s dinner, anyone?).

It also became clear that communicating with men in a way that won’t give you stress-induced hair fall is a distant dream.

So why the rut? Are we too busy to talk or too tired to even try?

Between getting the kids to eat, dealing with demanding bosses and wondering why mould is growing in your cupboard, have we lost the spark and buried our conversation skills?

Are we actually aliens from two different planets?

Failing as mind readers, we decided to reach out to the men in our lives for answers. I hate to quote the man, but:

We spoke to 25 Indian males between the ages of 20 to 75, from Jaipur to Panjim, and asked them our most pressing questions about relationship dynamics.

From the best way to bring up a difficult subject, to whether fights affect them as much as they affect us, here’s what the alien species wants you to know.

4 tips to remember when communicating with men

Younger men are more open to discussing their feelings

Men are ‘silent’ and contemplative, women are emotional and talk about issues with ease. The cliché is rooted in societal conditioning and expectations, and “it’s what has been ingrained in us. Even when we (I, at least) try to communicate, we shut down because opening up too much is seen as unmanly,” says Faiz Khan (46). “Women are a lot more open about their feelings, it’s enviable.”

There’s a clear generational difference when it comes to men feeling comfortable to discuss intimate issues with their male friends.

Men in their 2os and 30s are more forthcoming — “One of my best friends is the kind of person who celebrates your vulnerability,” says Dhruv Aditya Davé (29).

The walls start shooting up as the age group ascends.

“We may talk about business issues. We joke, fool around, talk about irrelevant things.”

Chetan Arora (72) adds that he can only open up with one or two friends who understand and contribute, the others are “substantially inferior, intellectually.”

The best way to approach a difficult subject is gently, but directly

“We Indian men are fragile, insecure and have a big ego,” laughs Vir Dhillon (29). “Maybe we feel more judged by women than by our male counterparts who are just as faulty and fragile.”

When communicating with men about difficult subjects, the resounding advice was to be tactful but direct. And pick the right time and place, which is not in the middle of a tight deadline or Chintu uncle’s daughter’s bidai.

“I think women do the build-up as a buffer to avoid hurting our feelings but it’s better to get to the point,” says Shivam Sahni (45).

Varun Chhabria (33), Ishaan Das (39), Siddhant Srivastava (57) and Rohan Bhandari (33) stressed that even if it’s a difficult subject, it’s better to talk about it than deflect and delay.

Seventeen of the 25 men suggested a cool-off period if things get too heated. Take a step back and let each other calm down. Otherwise, things will be said that can’t be taken back.

“Take some time off, and once you’ve framed your argument, then approach each other,” says Das.

Chhabria adds, “Leaving an argument halfway or not talking to your partner only increases bitterness. Time is a great healer but it’s best not to keep anything bottled up — that only increases animosity.”

Men cannot focus on two tasks at once, so prioritise your arguments

Compartmentalising only works in trains, and not even then with someone’s sweaty armpit in your face. Having said that, when men are engaged in a task — especially at the workplace — they cannot focus on anything else.

This manner of putting things on pause often gets misunderstood as a disconnection.

Rohit Godiwala (28) says his partner misconstrues his behaviour and thinks he doesn’t care. But it’s actually a coping mechanism that allows them to concentrate, something both partners should understand.

Stuart Da Costa (34) adds, “If I’m in one task, my brain is in it completely and it’s very difficult for it to derail itself. I would either want to resolve the argument fast or, if it’s going to take time, I’d rather finish what I’m doing first and then deal with the personal problem.”

Men aren’t emotionally stunted, they just need a little time to open up

By the end, the men we spoke to didn’t seem as alien to us as when we first started. We’re all just as emotional and frightened by adulting – Men, women, third gender or no gender.

Da Costa sums up what most of the respondents said.

“I care very deeply about my partner’s perspective. Even though I might make it seem like they’re little problems, they’re not. They’re important to me as well, we’re all trying our best.”

Davé wants women to recognise that what is said in a heated moment or typed during a Whatsapp argument isn’t always the authentic response, but an act of self-preservation.

WATCH NOW – How to bring the spark back in your relationship