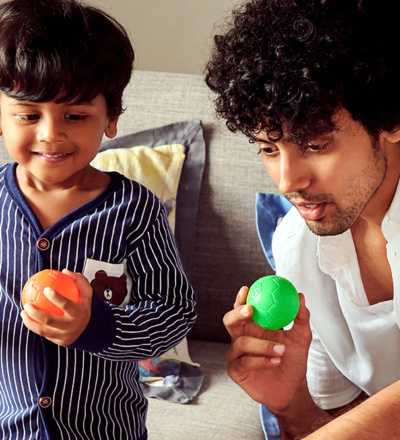 What being a stay-at-home dad did to my marriage

It was the only choice that made sense

Being a stay-at-home dad wasn’t a difficult choice for Prabha and me when it happened. I was laid off from the firm I was working at. I’m a marketing consultant but her job had higher pay and better benefits. It was a difficult pregnancy and I stayed with her through it and worked freelance gigs from home.

After the baby came, it made sense for me to just carry on doing what I was doing. But I had years of unlearning to do when it came to ‘male mentality’ when we first started discussing this. My family would laugh, “You’re going to be a house husband?”

My friends still doubt that I actually get any work done. They think all I do is watch soccer, drink beer and eat noodles alone at home when there’s no wife to care for me. On the flip side, there are plenty of people that have the same idea when it comes to a housewife and full-time mother.

My buddies can’t understand why I’m too tired sometimes to go out on the weekends.

When most people see me out with Karan* they’re shocked. A few days ago, we were at the mall getting ice cream and some ladies were like “Oh wow! Nice break for mommy, hai na, now getting time with Daddy! What do you do? Haan, but for work what do you actually do?”

They assume my wife’s hiding behind some counter somewhere about to pop out and reclaim her duties are the primary caretaker. That I’ve somehow mistakenly come into possession of a child, like in Heyy Babyy and I’ll pop on a tie and rush off to the office once it’s over.

Prabha has had to deal with a fair share of jabs also. How can a mother ever want to leave their child? Does she trust me to take good care of our son?

There’s guilting when it comes to mothers who chose to work. As if a career makes them any less maternal. With stay-at-home dads, there’s the thought, “Ah! He must be useless. Look at him making his wife work instead.”

One day, she tried to pick him up and he just cried, refusing to be touched by her. He only wanted me to hold him. That’s when she broke down. She was worried that our son wouldn’t bond with her.

My fear is that if we have another baby, could I continue as a stay-at-home dad? Will I be able to go back to an office job?

It’s a tricky terrain and it’s created a kind of tension that didn’t exist before. There were moments where we felt like we were pitted against each other. A terrible game show ‘Who is the better parent?’ except no one wins.

My wife is Superwoman in my eyes. Postpartum life isn’t like we see in movies, it can be hell. So when people ask me why she continued to work, I can only say, why not?

I enjoy being a stay-at-home dad. Caring for my son and having this level of responsibility has made me a more rounded person. I try to bring that with me in every walk of life.

I think it’s sad that other people, men especially, don’t get to see their little ones growing and learning as I do.

*Name of minor has been changed upon request.

WATCH NOW – What nobody tells you about being a mom