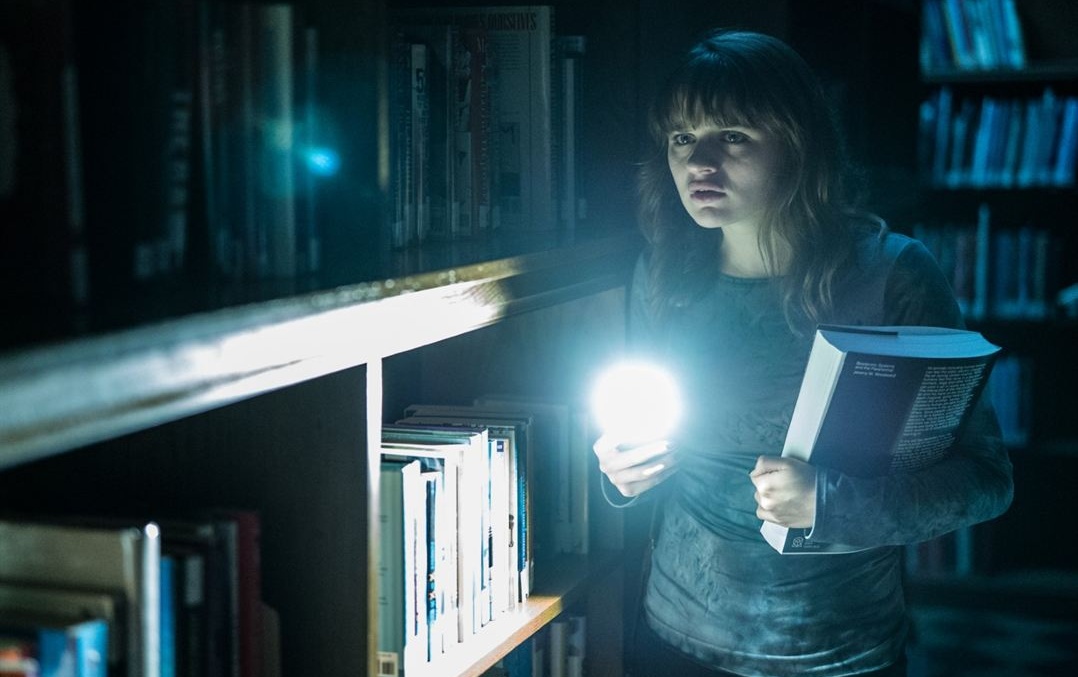 Reading horror fiction comes close to having an orgasm

How is impromptu morning sex similar to reading a bestselling horror book? They both release that heady rush of happy hormones called endorphins — the feel-good effect of which has been compared to a dose of morphine. Another chemical connection between a romp in the sheets and Stephen King’s latest bestseller is the dopamine high, the body’s natural rewards system that helps to reinforce certain behaviours.

No wonder we can’t give up on being horror aficionados. But why should we have to? Especially when a study conducted in 2021 found out that horror fans are better equipped to handle a stressful situation when they perceive a real threat. Participants who enjoyed horror were psychologically resilient and more likely to feel prepared for the pandemic, the study found. (Here are some life-saving lessons we’ve learnt from horror movies.)

This Halloween, flex your horror-loving muscles by indulging in these spooky books that will give you the heebie-jeebies while also helping you prepare for the real threats, supernatural entity or not.

9 horror books to indulge your inner vampire this Halloween

If you prefer the good old classics 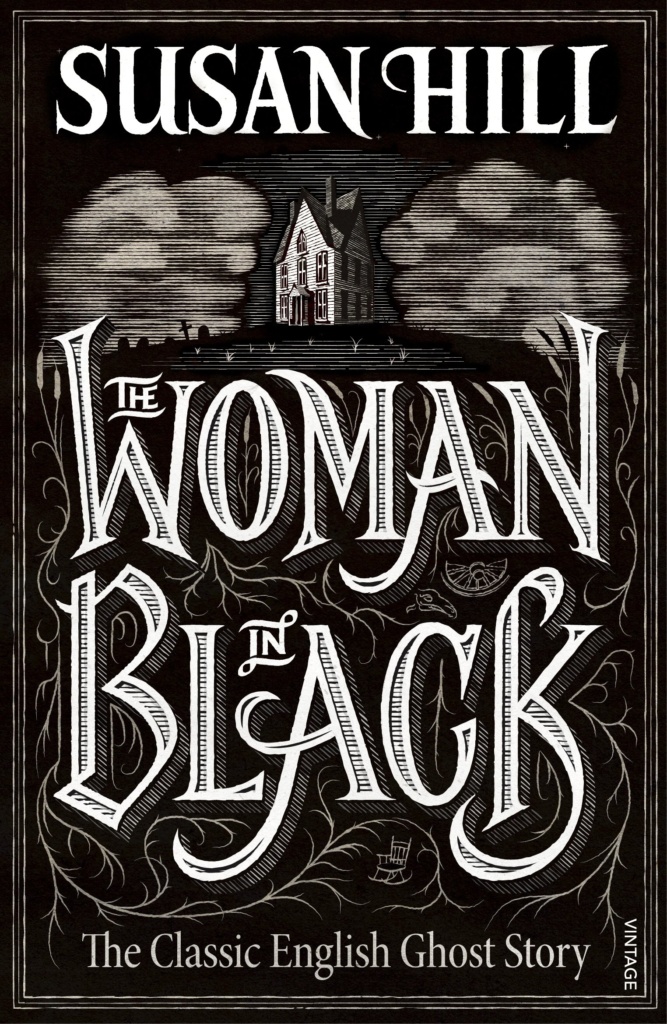 The Woman in Black by Susan Hill

Ghost stories aren’t dead and Hill proves it with bone-chilling clarity. Her story is set in the obligatory English moors, with a banshee-like vengeful spirit that foretells the death of children, and a barrister returned from the city. So it checks all the boxes a quintessential ghost story should, but reads like a Jane Austen novel.

It’s written in language so vivid, the face of the titular heroine — or ghost, really — will be imprinted in your mind for long after you’ve read it. Sit down with this before you sleep during the Halloween weekend — though we refuse to take responsibility if the woman clad in black follows you into your dreams.

If you’re hungry for something hatke 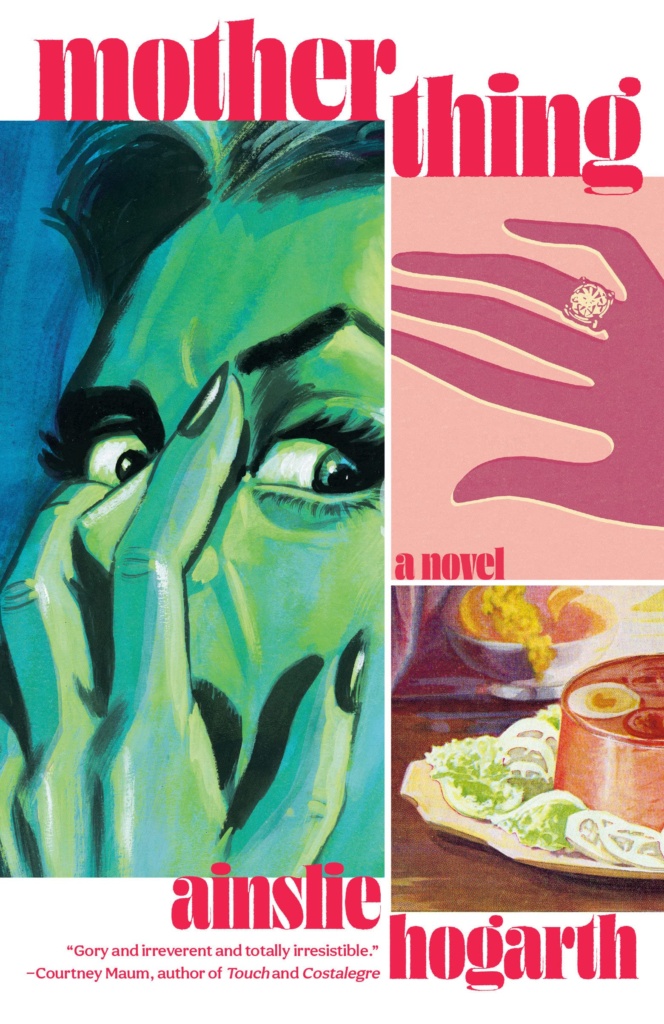 Our relationships with our mothers-in-law veer from Sameera Reddy to an outright nightmare. There’s no in-between. Motherthing by Ainslie Hogarth documents one such relationship, except the protagonist Abby’s mother-in-law has now become a sadistic ghost, terrorising both her son and bahu.

If you’re hungry for a horror that’s a little hatke from the masses this Halloween, consider breezing through this riot of a book as Abby resorts to desperate measures to get rid of her mother-in-law’s ghost. Lighthearted and poignant at the same time, Hogarth’s revamping of a domestic nightmare into a literal one deserves its rightful place on your to-read pile.

If you like your horror books with a helping of love 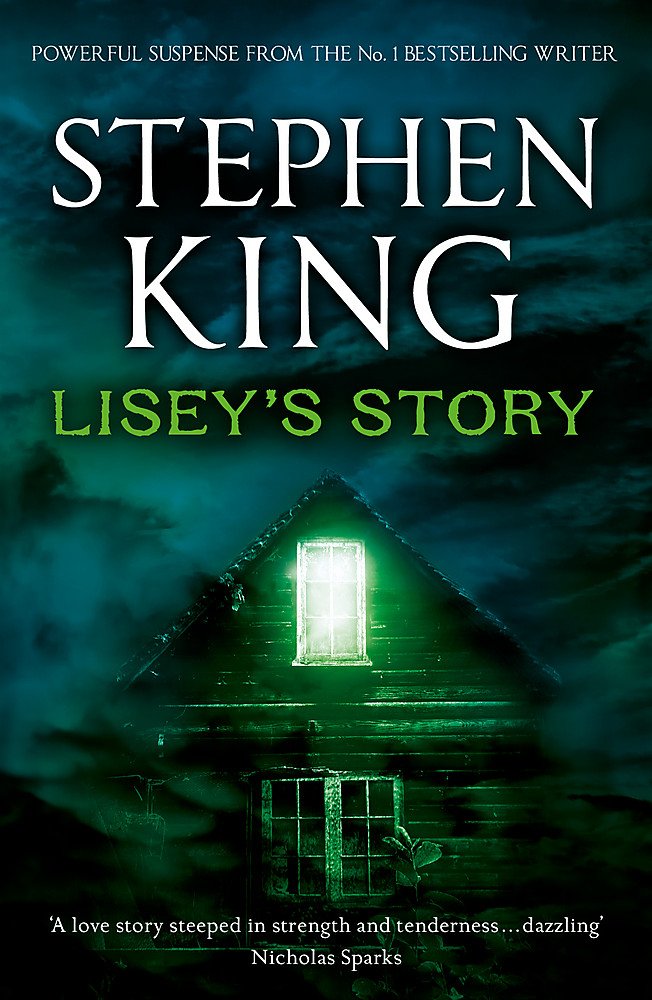 No list of horror books can ever be truly complete without the master himself appearing in it. Lisey’s Story is an underrated psychological masterpiece by Stephen King. Refuse to take our word? Take King’s himself, who says this is the best book out of the many he’s written.

This is King’s version of a romance, an ode to his wife Tabitha. The protagonist of the story is Lisey, the widow of an author, à la King. His death has left Lisey adrift, confused, and stalked by supernatural forces. Sometimes it’s unclear where her reality stops and her imagination takes over, but King writes convincingly to make you believe the unbelievable, and connect with the characters and their love for each other.

Fun fact: King wrote this book when he was recovering from a near-death experience himself.

If you think real life is scarier than any novel 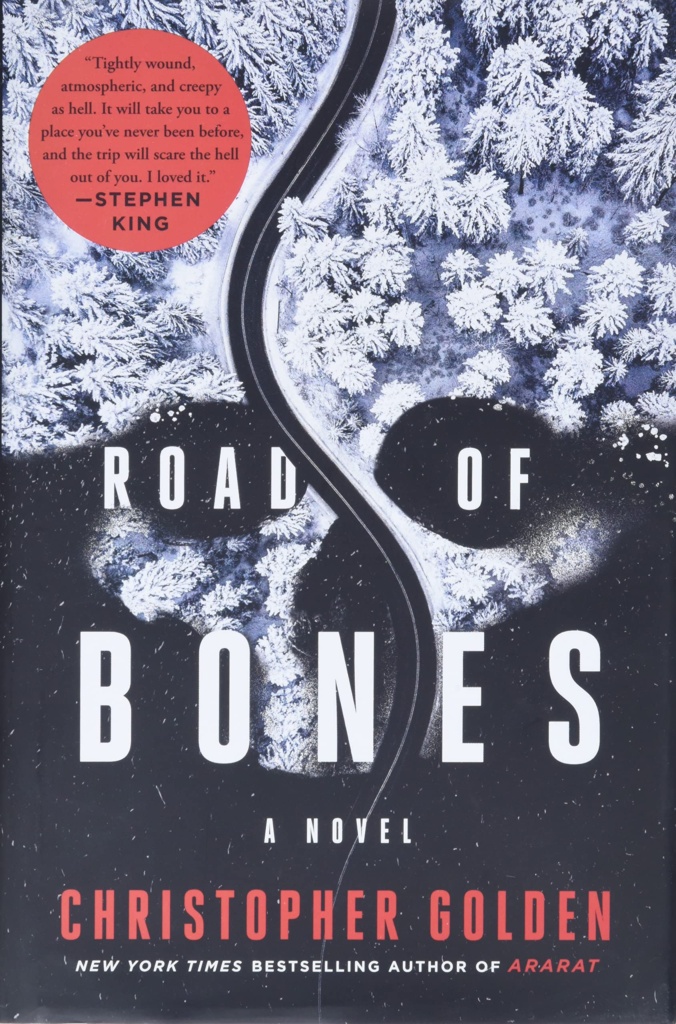 Road of Bones by Christopher Golden

If you’re the kind of person who believes truth is more terrifying than fiction, Road of Bones by Christopher Golden will go above and beyond to prove you right.

It’s set in Siberia’s Kolyma Highway, a 1,200-mile road infamously known as the ‘Road of Bones’, after the thousands of slave labourers and political prisoners who died while constructing it. They were buried under the gravel at the very spot of their deaths.

Based on this grisly setting, the book follows an American documentary producer and his team as they endeavour to report on the settlements around the road. Except nothing is as it seems and they’re in for a lot of trouble. I refuse to give away any more.

If you’re a worshipper at the altar of body horror 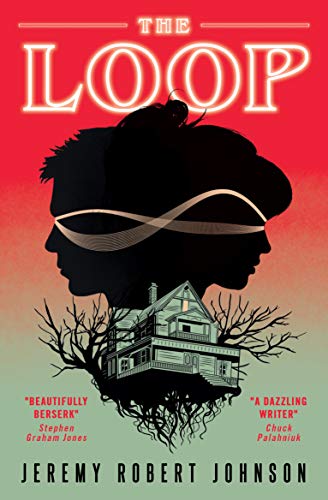 The Loop by Jeremy Robert Johnson

As long as there is the genre of horror, body horror will reign supreme. There’s something endlessly captivating yet frightening about the vulnerability of our bodies to grotesque mutation and destruction. And any true fan knows that nobody does body horror as well as David Cronenberg in films like Videodrome and The Fly. The Loop by Jeremy Robert Johnson comes the closest to emulating that feeling in print instead of film.

Based in the idyllic town of Oregon, everything goes awry as the townspeople fall prey to a parasite that transforms its youth into ravening fiends. Violently graphic, gory, and uncomfortable, this is surprisingly also a coming-of-age novel. Except you don’t know if you will, considering you might be overtaken by a mind-bending parasite any second.

If the haunted house is your favourite trope 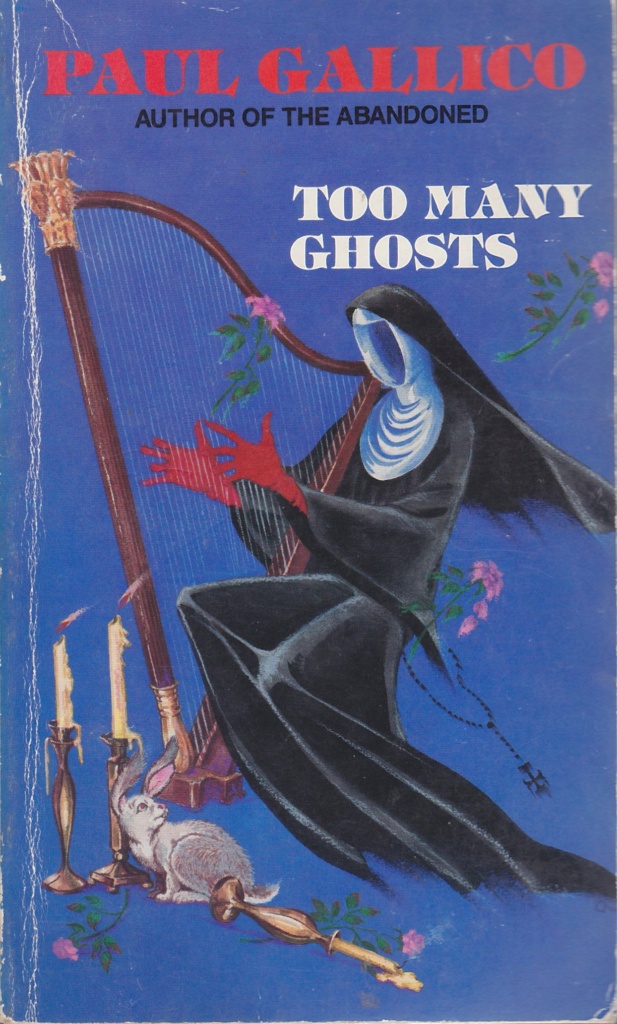 Too Many Ghosts by Paul Gallico

Horror is half about its setting, and who doesn’t love a great haunted house story? If you enjoyed reading The Haunting of Hill House by Shirley Jackson or Rebecca by Daphne du Maurier, Too Many Ghosts by Paul Gallico is exactly your cup of tea.

In the book, a London-based investigator, Alexander Hero, is invited to the Paradine family’s ancestral English mansion to rid it of ghosts. The book was written in the 1960s and may seem a little dated, more like a caricature of the haunted house genre, but that is the point. It’s similar to the Scream movies in that it is both a parody and a harrowing example of a distinct genre itself.

If you need some visual horror elements too 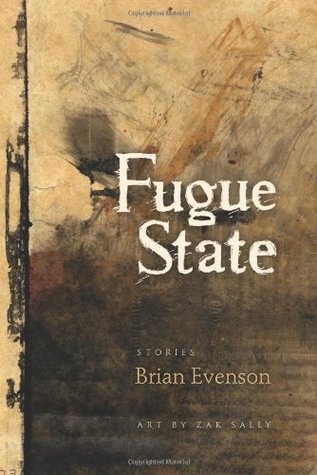 If you need some visual horror elements while reading, consider diving into Fugue State by Brian Evenson, an illustrated collection of short stories.

The collection of stories in Fugue State span several genres. Every story deals with some form of fear, but this book is more than anything about perspectives, perceptions, and inner demons, whether they are real or not. The idea that no two people view the world in exactly the same way is emphasised to a gruesome extreme.

Believe us when we say Evenson will successfully plunge you into an unsettling, downright hallucinatory mood with his writing and accompanying illustrations, leaving you appropriately spooked.

If Bookstagram is your review god 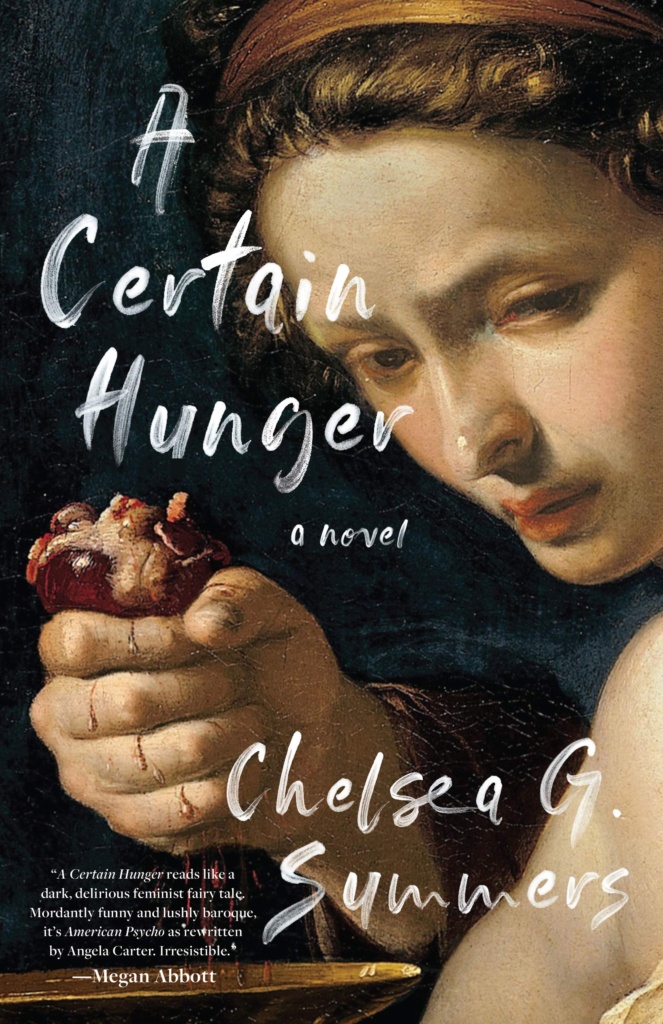 Okay, full disclosure, this is more serial killer than horror. But it has been doing the rounds on Bookstagram for a while. What it lacks in supernaturalism, it makes up in gore by a mile.

The book follows the life of Dorothy Daniels, a food critic who’s a serial killer on the side and a burgeoning cannibal. Think of her as Hannibal Lecter if he were a girl-bossing woman.

The vivid descriptions of umm… her food, will make you hungry and alternatively sick to your stomach, while also letting you live vicariously through this woman who does everything her heart desires, including eating the flesh of her murdered companions.

If psychological horrors are your kryptonite 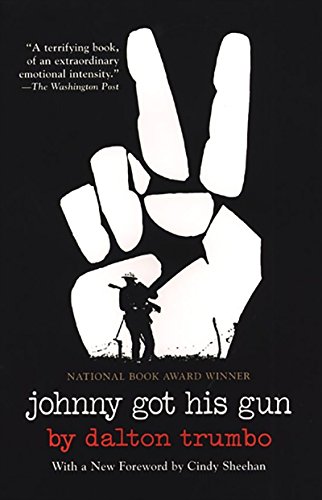 Johnny Got His Gun by Dalton Trumbo

Telling the story of a soldier wounded in the first World War, the book is a profoundly honest description of what war does to a person directly involved in it.

The protagonist was wounded in a canon blast and wakes up in a hospital unable to speak, hear, walk, or even move, yet his mind functions perfectly well. His story will stick to your brain like chewing gum at the bottom of a desk, unwilling to dislodge itself even years later.

We dare you to read these when you’re home alone. Let’s see who’s the victor: us or the ghosts.