Be a rebel: 6 banned books that are too powerful to be missed

I was in 9th grade when I was caught red-handed for the first time. Wrapped in brown paper, I hid it between the pages of Julius Caesar. But some snitch blew my cover, and our English teacher summoned me to her room for a gruelling interrogation.

“Where did you find this? Who gave this to you? It’s blasphemous; promise me you will quit right now,” she reprimanded, while shredding the brown cover, and angrily waving the copy of Dan Brown’s The Da Vinci Code at me.

In the thriller, symbologist Robert Langdon and cryptologist Sophie Neveu investigate a murder in the Louvre Museum in Paris only to realise that Jesus Christ and Mary Magdalene might have had a child together.

The novel faced backlash from Catholic leaders the world over, and considering my English teacher was a practising Catholic, the book was her stairway to hell. She wanted all copies banned and burnt. Well, I returned home, sped through the Langdon chase over that weekend, and felt sad that the English professor missed out on this pleasurable read.

Nevertheless, the book was added to my growing library of forbidden romances, aka banned books, that already featured other masterpieces like Alice’s Adventures in Wonderland, The Great Gatsby, Fahrenheit 451 and more.

Yes, they have all been banned in some parts of the world, at some point in the last century, for reasons such as “offensive language”, “unsuited for age group”, “sexually explicit” and more. And although we wish we could profile the typical book police, they come in the most unexpected forms. Parents often double as literary cops, followed by religious groups, political parties with fragile egos and growing intolerance.

Mob protests against writers sow seeds of censorship, but we are rebels with a cause (re: upholding unique voices and ideas in literature), celebrating the American Library Association’s Banned Books Week (until October 2) that celebrates our freedom to read.

In fact, Regina McMahon, books editor at Common Sense Media, encourages us to rebel. “Reading a challenged book is a learning experience and can help define our own values and opinions of its content. These books also offer families a chance to celebrate reading and promote open access to ideas, both of which are keys to raising a lifelong reader,” she says.

Our reading list of banned books promises to take on censorship, start discussions on difficult subjects like racism, the caste system, politics, homosexuality, abuse and give you yet another reason to shop for books.

Read these 6 banned books to celebrate your freedom to read 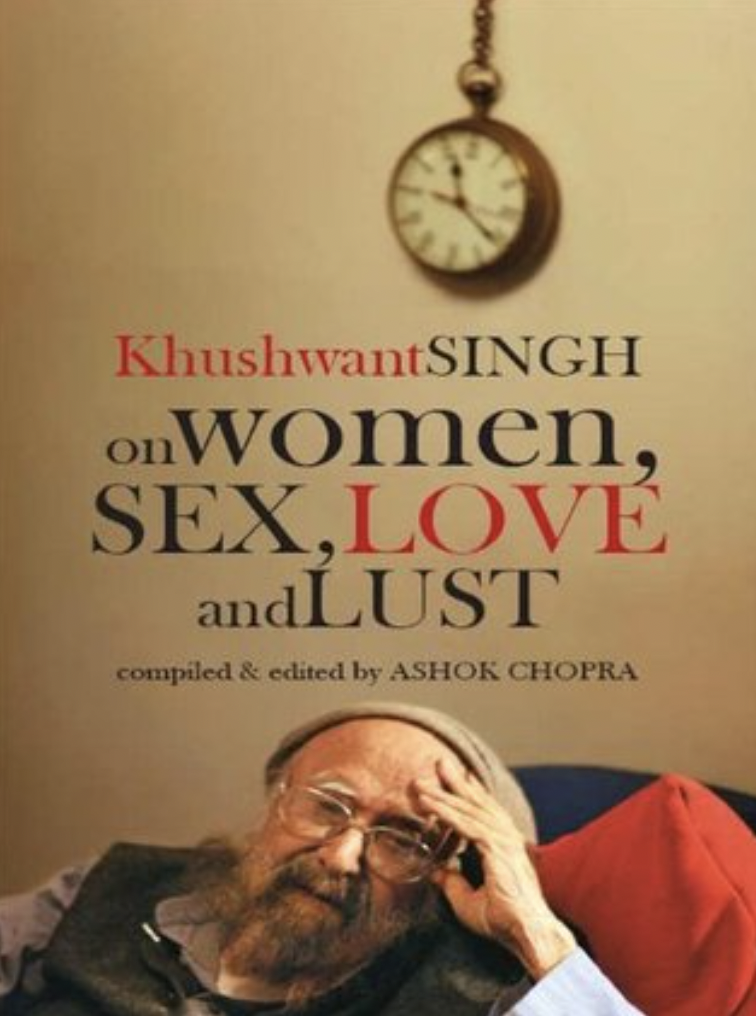 Ramesh Chandra Ratn, chairman of the Railway Board’s Passenger Service Committee, spotted a copy of Singh’s anthology of essays at Bhopal railway station, judged the book by its cover, and instructed it be banned from all wheelers on railway platforms.

Did he read the book? No. Did he need to read it before stamping it as ‘obscene’? Well, he didn’t think so. “There is no need to read it. Its cover page only tells what will happen in it. It is offensive to our sisters and daughters”,” he said.

Singh’s Padma Vibhushan-winning book scrutinises the gender gap in our society with the author’s signature wit. He touches upon subjects such as erotica, pornography, arranged marriages, virginity and incorporates folk lore and mythological tales from history to support his observations.

Fortunately, as long as we don’t go book shopping at railway stations, we can still access the book everywhere else, and discuss the essays on train journeys. Ratn isn’t watching us.

The Red Sari by Javier Moro 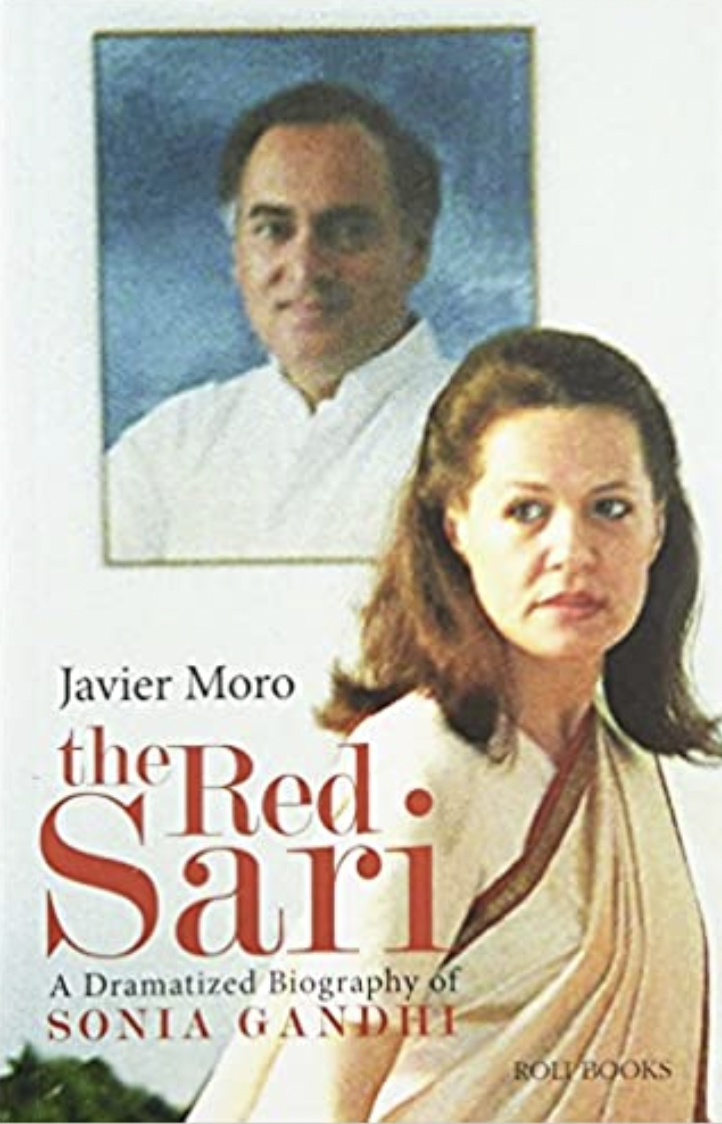 Disclaimer: You don’t need to be a politically motivated citizen to find this book unputdownable.

After all, it took a seven-year-long wait to finally find this on our shelves, and we recommend you don’t miss this. Back in 2008, when the dramatised biography of the Congress president was readying for release, it was far from welcomed. From primetime debates and legal battles to defamation suits and more, author Moro was taken aback by the controversy he found his book embroiled in.

The Red Sari follows the story of Sonia Maino, a young Italian girl who is in love with an Indian, who happens to be the son of India’s one of the most powerful families. The novel takes us on an evolutionary journey of the woman from modest origins to becoming the fierce leader who leads a political party in spite of herself.

After seven years, Sonia Gandhi’s lawyers granted permission to the publishers to release the book, and it’s a gripping read, to say the least, regardless of what your political affiliations may be. 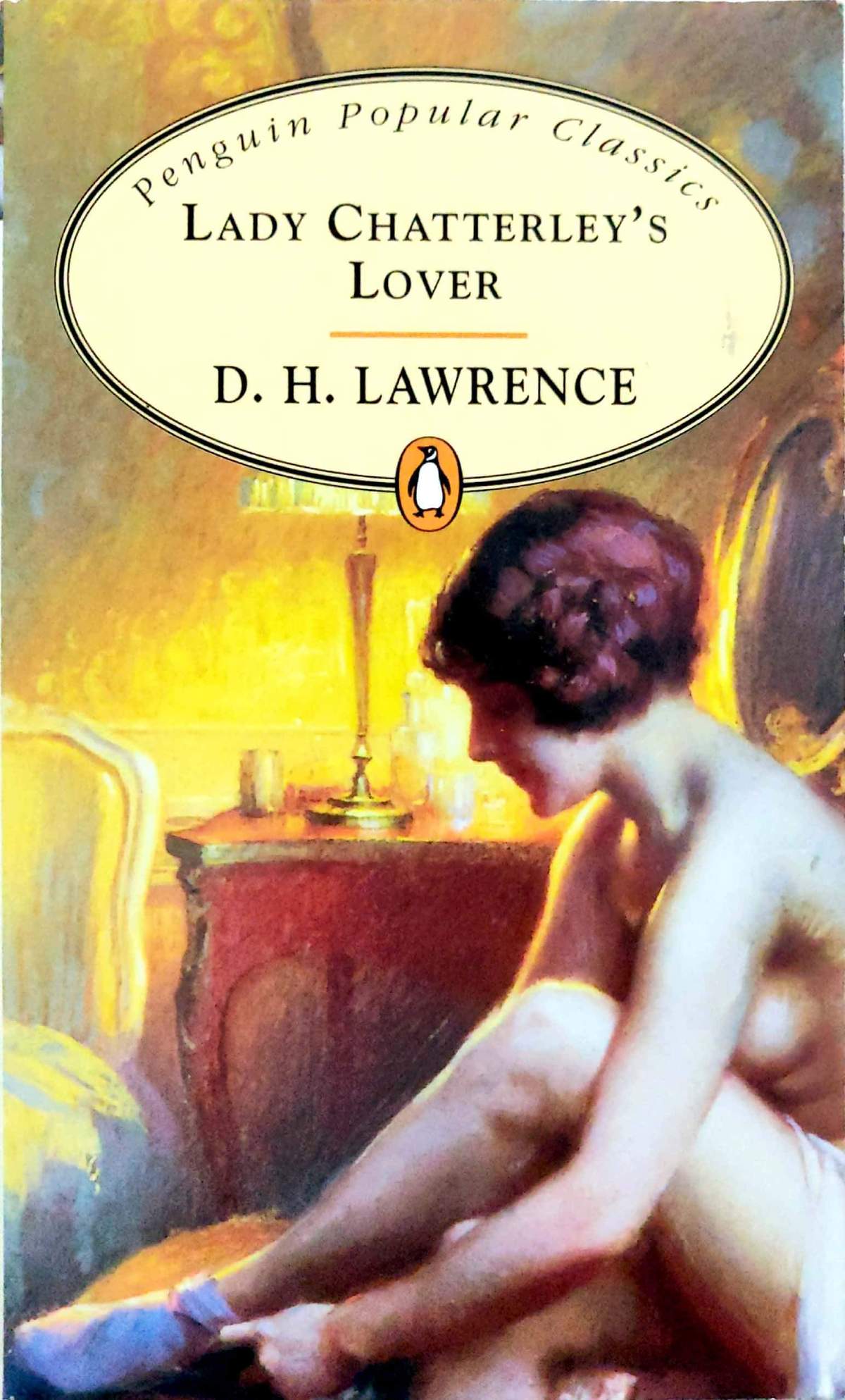 In 1928, DH Lawrence wrote Lady Chatterley’s Lover that led to an insurmountable amount of legal fees in the decades to come. The plot follows a certain Sir Clifford Chatterley, a World War I veteran, paralyzed from the waist down. He tells his wife, Connie, to have a child with another man. Connie has a steamy affair with Mellors, her husband’s gamekeeper. Sir Clifford can’t believe his wife is sleeping with somebody from the lower class. In the end, Connie and Mellors have a happy ending, no pun intended.

English officials lodged a “forever banned” status for the novel in the country. They called it obscene and pointed at the 30 odd ‘f*ck’ and some more ‘f*ck*ng’ written in the text. India followed suit.

Three decades later in 1960, an amendment in laws lifted the ban. Two lakh copies of the novel were sold the day the jury lifted the ban. But it took another 50 years for India to agree to take it off the list of banned books. And now that it’s available on the shelves, show some love to Lady Chatterley’s Lover.

After all, she has been in bondage and exile for almost a century here.

Such a Long Journey by Rohinton Mistry 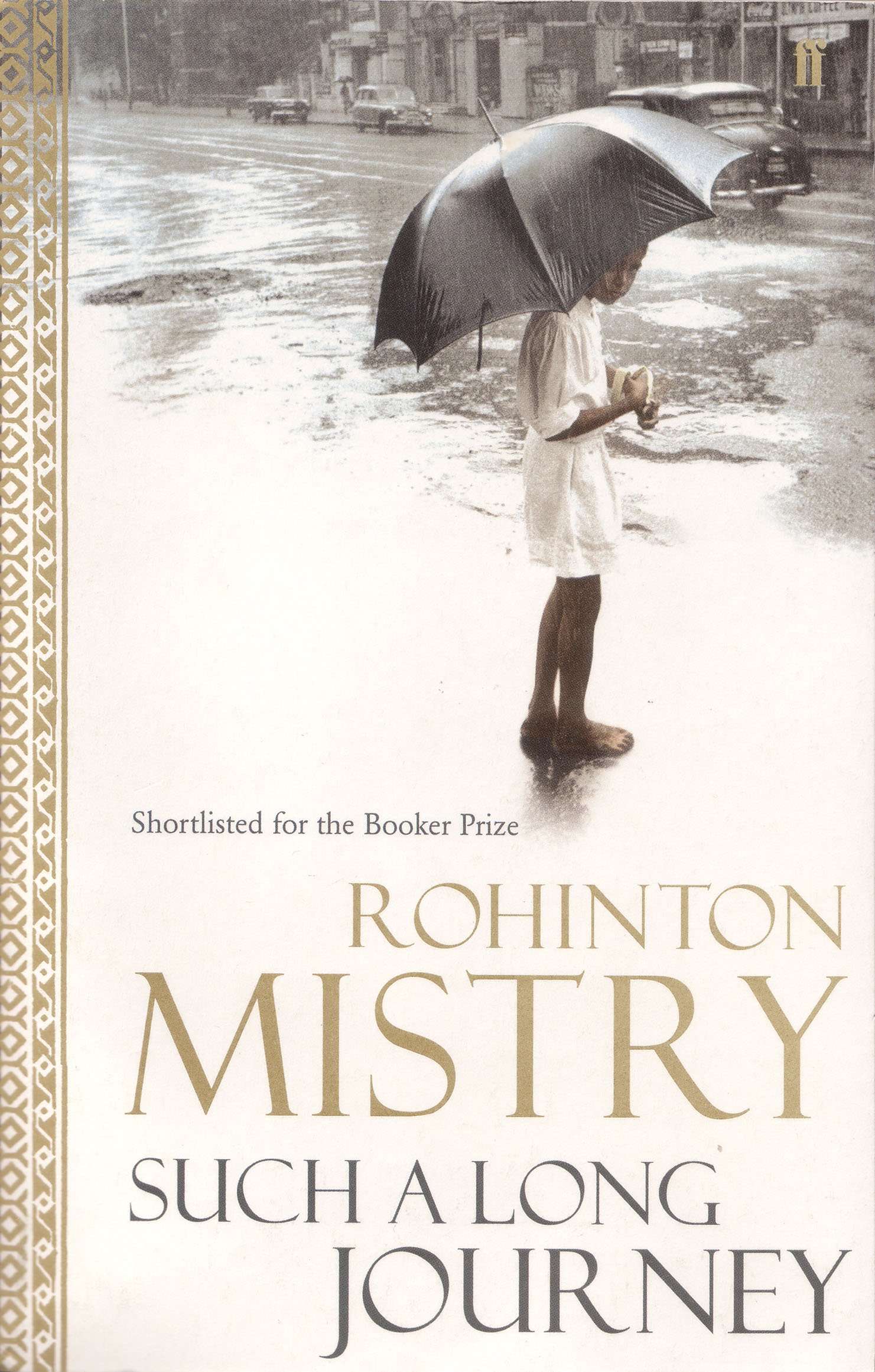 “What to do with such low-class people? No manners, no sense, nothing. And you know who is responsible for this attitude – that b****** Shiv Sena leader who worships Hitler and Mussolini.”

This passage in Rohinton Mistry’s novel went unnoticed for almost two decades. Nobody took offence; in fact, University of Mumbai even inducted it into its BA curriculum in 2006.

But in 2010, when Aditya Thackeray, then a 20-year-old BA student and young leader of Shiv Sena, raised concerns, the party demanded the book be removed from the syllabus. Copies of the book were burnt on campus, and soon, the university complied with the request.

Set in Bombay in 1971, the novel follows the transformation of its protagonist Gustad Noble, a Parsi bank clerk, who works hard to keep his family (wife and three children) from starvation. When Gustaad receives a letter from Major Bilimoria, an old friend, his simple life takes a turbulent turn as he gets pulled into the political upheavals taking the country by storm, under Indira Gandhi’s leadership.

As long as you maintain a safe distance from the University of Mumbai campus with your loot of banned books, you’ll have a happy journey with this political thriller.

A Wrinkle in Time by Madeleine L’Engle 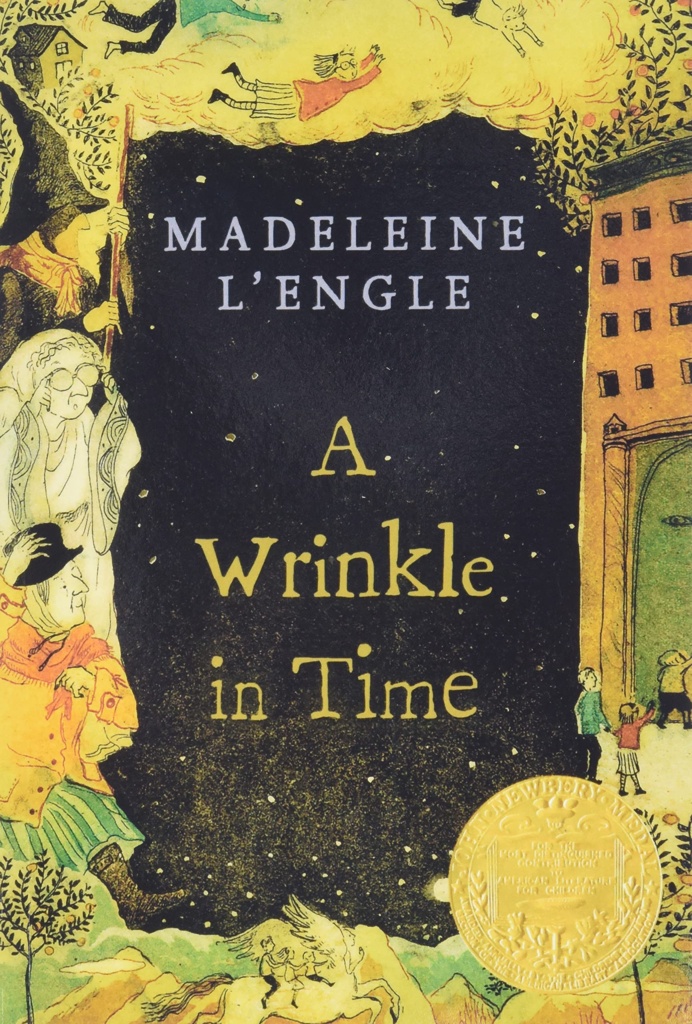 We all loved Oprah Winfrey’s Mrs. Which in the Disney film, A Wrinkle in Time. Unfortunately, the source material of the film, Madeleine L’Engle’s children’s book, by the same name, didn’t receive any such applause. Since its release in 1962, the book has been frequently challenged by conservative Catholics, and has been banned across several countries.

The novel tells the story of Meg Murry, a girl who travels through time and space to protect her father from evil forces. The chapter that hurts most sentiments features Jesus Christ, MK Gandhi, Albert Einstein, and the Buddha standing together against the forces of evil. Christians accused L’Engle of equating Jesus with the other three figures.

Introduce your little ones to science fiction and fantasy all at once with this enthralling adventure that, at the end of the day, is a tale of good triumphing over evil. Controversies and bans aside, L’Engle received the Newbery Medal for her contribution to children’s literature.

The Color Purple by Alice Walker 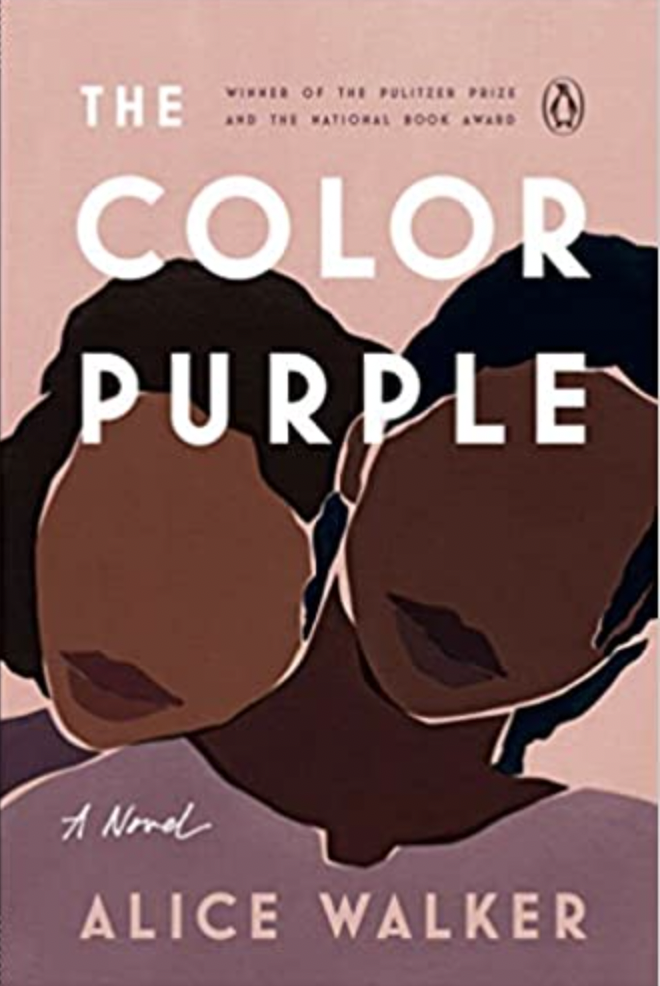 For almost three decades, parents have challenged American writer Alice Walker’s Pulitzer-winning novel, The Color Purple (1882), due to the “troubling subjects” and “explicit sex and violence”. And between 1984 and 2010, the book was banned from several school libraries across the United States.

Sure, the graphic descriptions of violence in the novel may not be the most comforting passages, but Walker’s novel is here to disturb the audience. It isn’t a comfort read, we agree, but a crucial one.

The Color Purple is one woman’s moving tale of growing up while overcoming harassment and abuse, to seek liberation. Set in Georgia in 1900s, Celie, an underprivileged African-American girl encounters sexual and racial abuse at home and after, she is married off to an older man. Despite her tribulations, Celie finds a support system in some incredible women who help her stand up for herself and find independence.