Representative image: A still from Eternally Confused and Eager for Love
by Kahini Iyer Health

Coming out to your parents, mental health edition

There are two kinds of people: those who hear their thoughts and those who don’t, as I recently learned from a Twitter thread that went viral. My inner monologue is rich and strident, protesting against any attempts to be shut down by meditation or sleep. But that didn’t make it any less alarming when at the age of 19, I heard a voice in my head.

I was in my first year of university, away from home, preparing for final exams. Stressed, anxious, and sleepless. Desperate to gain distance from my misery, I decided a gap year would surely solve my problems. The instinct to take a break from a toxic situation was correct — and probably the best you could expect from a person who was eating dry cereal out of the box for meals. But if you have Indian parents, you can guess how they responded to my idea. “You’ll have no future.” “Why don’t you take a break after completing college?”

After six days of negotiating, including a PowerPoint presentation, I was allowed to swap Commerce for Economics. But the second year of university went as well as my first. The threat of failing was enough to spur my mom to set up counselling for me, and I eventually sought medical help.

By then, I wasn’t surprised to learn I had major depression. It took my early twenties to learn how to survive it, and my mid-twenties to start living a full life alongside my diagnosis.

My experience of addressing mental health with family is far from unique. According to a survey conducted by mental health platform LISSUN with over 500 healthcare professionals, only 20% of Indians approach their families first if they have mental or emotional problems, while 40% prefer to contact friends. Over 60% said that families still stigmatise therapy or counselling. 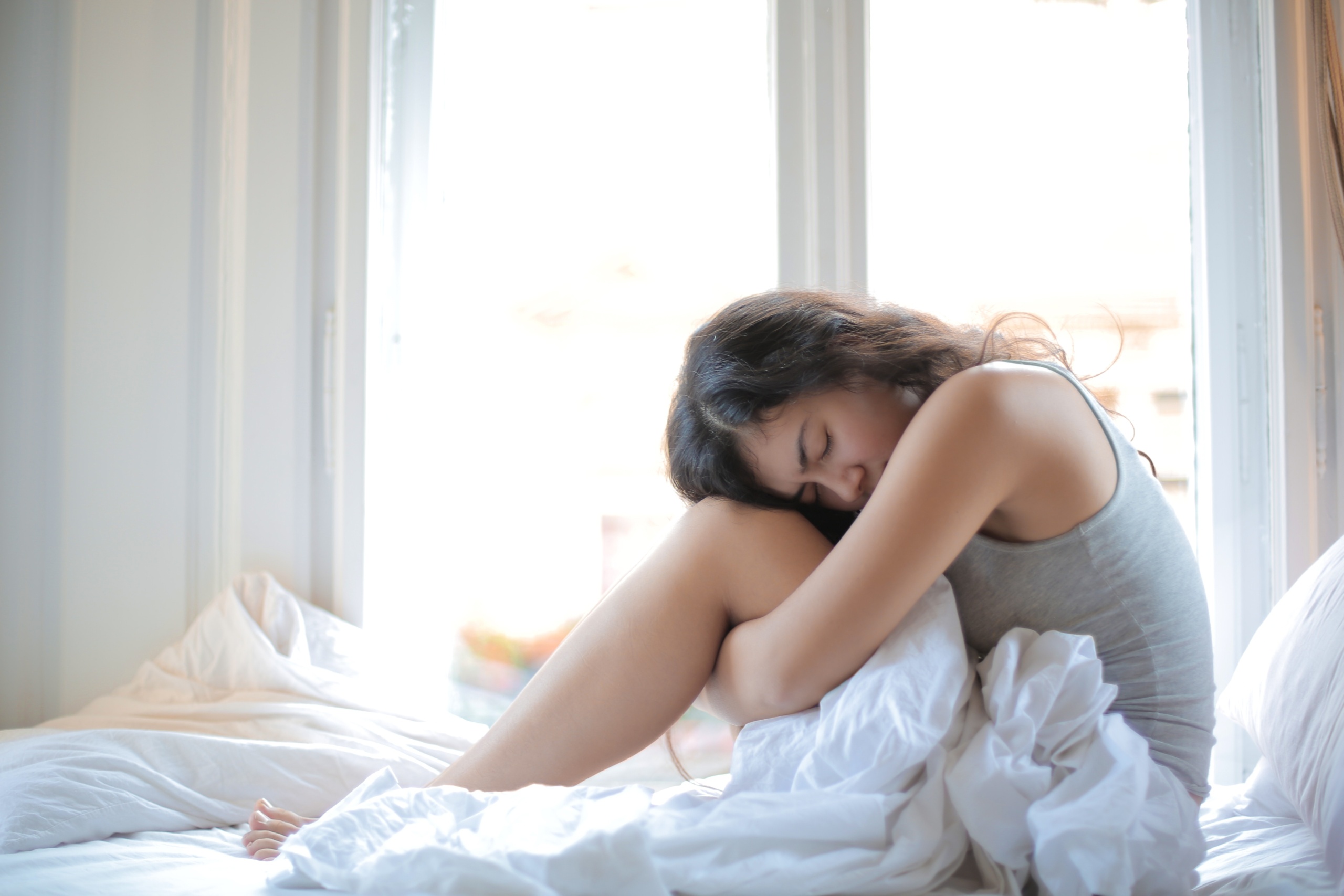 Mumbai-based psychotherapist Dr Aman Bhonsle agrees with the findings: “Look at our school subjects — no psychology. Look at how mental health is portrayed in movies. We think, ‘those people are the ones with problems, I’m okay’,” he says.

The signs are often invisible until they’re made obvious. Depression, for instance, doesn’t usually come with dramatic outward symptoms. It’s a lack of motivation to do basic things, a lack of pleasure in activities that you once enjoyed. For me, it was a shadow of a life, characterised by a void where normal emotions should be. Because this isn’t easy to observe, sufferers are frequently written off as lazy. LISSUN reports that lethargy, indigestion (does everyone have acidity these days?), and constant body ache are all physical symptoms of mental health issues that go unnoticed, and 70% of patients are at an advanced stage in their mental illness by the time they get a diagnosis.

Entrepreneur Hitesha Jain* first dealt with anxiety in high school. She thought it was normal, the result of being a type-A personality, until she experienced a series of panic attacks in college. “It feels like a heart attack, so that’s what I thought was happening. I rang my parents up, and we got a full body check-up.” The physical manifestation of her anxiety convinced her parents that there was a problem, but like most Indians who don’t get a timely diagnosis, she didn’t realise the issue had begun in her childhood.

Symptoms tend to show up in the early twenties, when a lot of emotional development is still happening, and children are gaining independence from their families for the first time.

Coming from a middle-class family, writer and comedian Aayushi Jagad “didn’t even know people used to go to therapy” until she herself was diagnosed with manic depression while studying abroad. When she returned to Pune, she found doctors less inclined to prescribe medication, while her father didn’t take it seriously (here’s what you can do when doctors don’t listen).

Only after witnessing an anxiety attack, he offered to pay for her therapy. Though self-actualisation can still be seen as a luxury, it doesn’t mean coming out to your parents as having a mental health issue is impossible.

Be prepared to make your case

When parents aren’t used to talking about their feelings, it can be uncomfortable to discuss yours. Bhavnagar-based entrepreneur Aditya Rao*, who suffers from anxiety, points out that parents may not always have a reference point to understand that negative emotions can affect your mental health.

Explaining the physical effects of poor mental health could be an easier entry point. “I explained it in a scientific way,” says Jain. “Just like thyroid issues stem from an imbalance of hormones, anxiety is an imbalance of chemicals in my brain.” 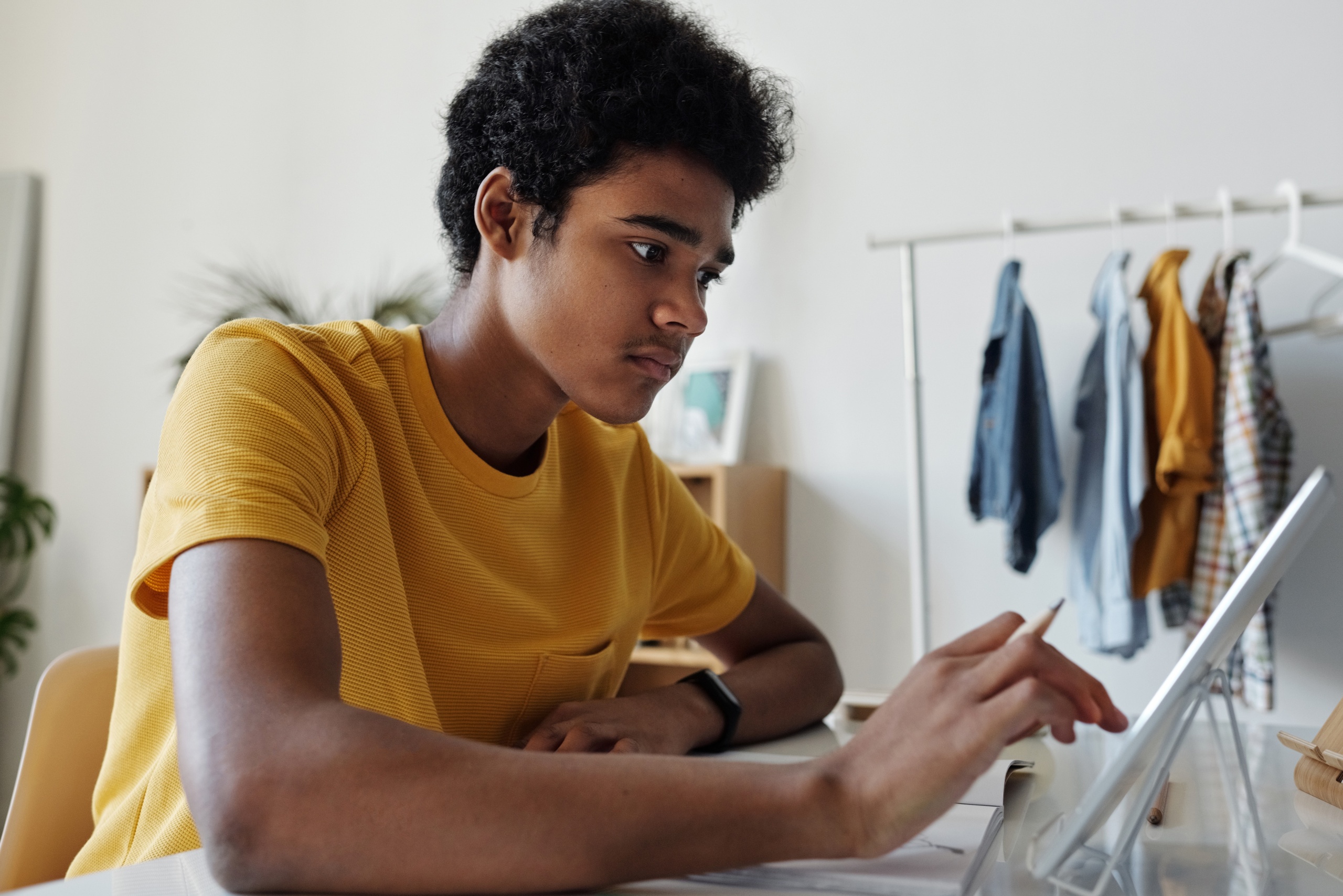 Involve your parents in treatment

It’s important to remember that parents are human beings who face the same issues as anyone else, even if they’d rather deny it.

Jagad asked her father how it feels for him to wake up and not feel like going to work, but having to go anyway. “He asked, ‘What else is there?’ When we say mental health matters, it’s theirs also, not just ours.” For a generation who may not always have had the opportunity to change their circumstances, the question itself can be brand-new.

While Bhonsle says that parents are as much in need of mental health treatment as their kids, they’re resistant to seeking help. Jain and Rao have tried floating the suggestion with their parents, to no avail. It’s frustrating, too, to identify problematic behaviours in therapy but be unable to hold the same mirror up to your parents.

Jain and Jagad had their parents meet with their therapists in the interest of providing them better support. It’s a big step for parents to acknowledge the need for mental health treatment and their role in the process.

Leave it to a professional

Bhonsle says that his status as “doctor Saab” gives him licence to correct parents where their children have not been able to. Parents can get intimidated by the jargon, as well as the reality of emotions they haven’t acknowledged before.

“You have to give them a list of dos and don’ts. Don’t brush it off, don’t minimise it, do ensure your child is taking their medication. That helps bridge the socioeconomic and linguistic divides, sexism, or general ignorance,” he says.

When Jagad’s father witnessed her anxiety attack, the doctor acted as a translator of both language and emotions. “In Marathi, he was saying, she feels like this, tila asa vat tha aahe. She’s scared, sad, life patvat nahi aahe.”

Although her father didn’t understand what was making her life so hard, he no longer questioned her condition once someone had given him the proof he needed, in the language that made sense to him. 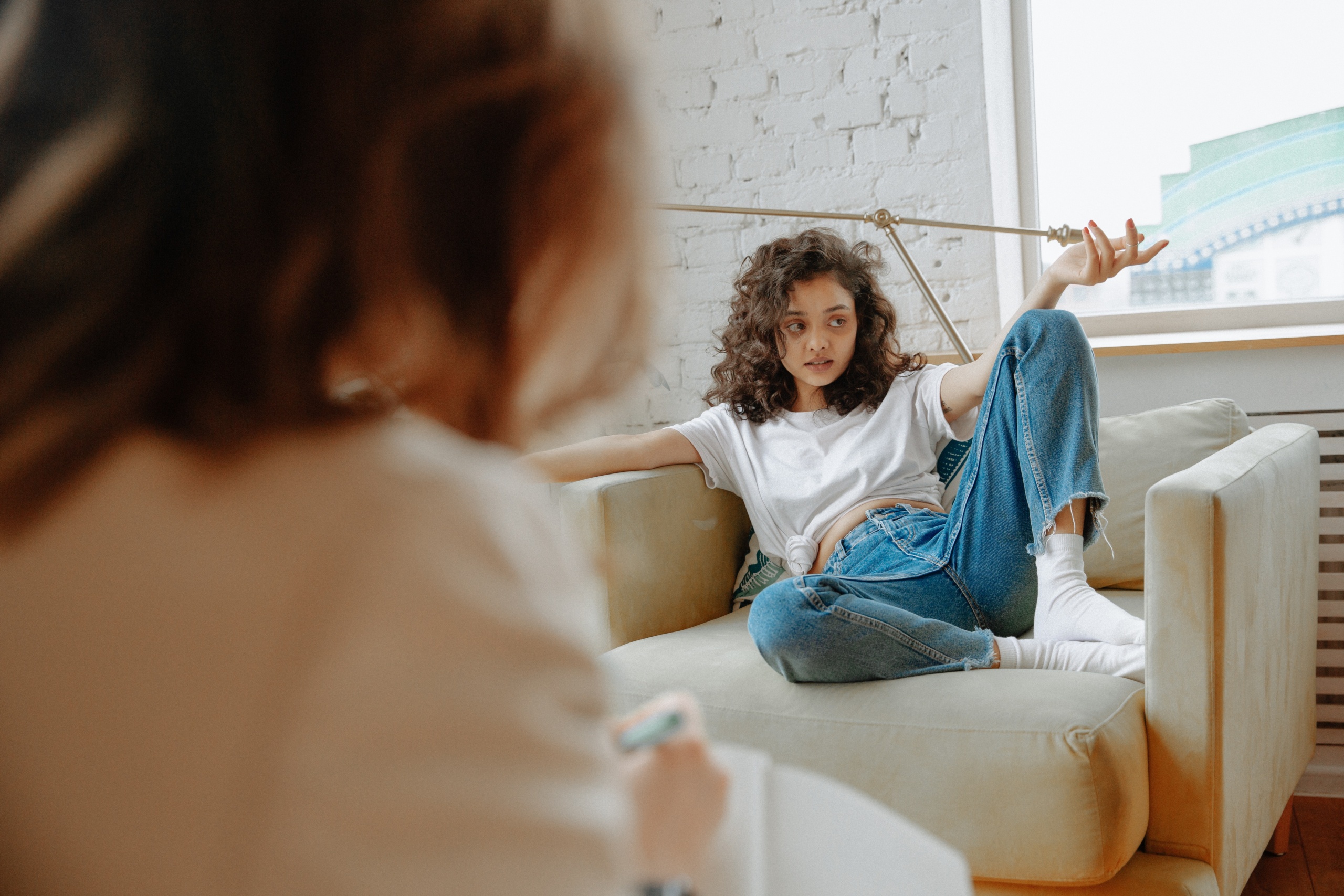 Meet your parents where they are

Like most Indian kids who struggle with mental health, part of Rao’s recovery was agonising over why his parents refused to empathise. Now, he’s made peace with their intractability. “It goes away with their neuroplasticity. They don’t think they can change, or want to.”

Bhonsle points out that when “parents are told you’ve got to realign your attitude, set new goals, rethink your lifestyle — it becomes hard because there’s this giant ego.” They might define themselves by their strength and resilience, and admitting they need help compromises that sense of self.

The additional issue of religious or cultural hacks, unsubstantiated by science, could also derail the effort to regain mental health.

Jagad encourages kids to accept that their parents are also victims of their circumstances. “They’re from a time and society where courage was not rewarded. It was called foolish and led to the ruin of families, not possibilities.” Being more empathetic towards parents and de-centring yourself from the situation can help you stop questioning whether they care about your struggles.

Look for other support systems

Extended family may care, but have a degree of distance that allows for objectivity. Rao’s sisters supported his decision to seek therapy before his parents came around.

Friends can come to the rescue too. Request them to accompany you to therapy if you’re nervous — chances are, you’re not the only one who’s been through a rough mental health patch. “Sometimes clients will come without letting their family know, and borrow money from a friend,” says Bhonsle (can lending money ruin a friendship?).

Online communities can connect you with empathetic people, and if you’re not confident in revealing your identity, you don’t have to.

Focus on what you can control

“In an ideal world they get it and you go to therapy and they’re super supportive. It’s a tough pill to swallow, but maybe they won’t ever get it,” says Rao.

After you’ve made your parents aware, it’s up to them. For Jain, her mother was supportive from the start, and her father took time to catch up. My mother, too, educated herself on depression while my father is still not entirely convinced such a condition exists.

Having your parents onboard isn’t a requirement for healing. Even doing therapy in secret is better than doing nothing at all.

In India, the family unit is closely tied as kids are expected to stay with their parents well into their adulthood. This dependence means that the decision to pursue mental healthcare might not be in their hands.

Jagad points out that she had more authority when she started earning. Before that, her father had to be convinced to pay for the treatment.

If therapy isn’t affordable, there are free options available. Invisible Illness India and LISSUN are both relatively accessible mental health organisations. Group therapy is popular on social media forums. While it’s not a substitute for one-on-one sessions with a licensed professional, it’s a way to feel less isolated and expand your view of mental health. 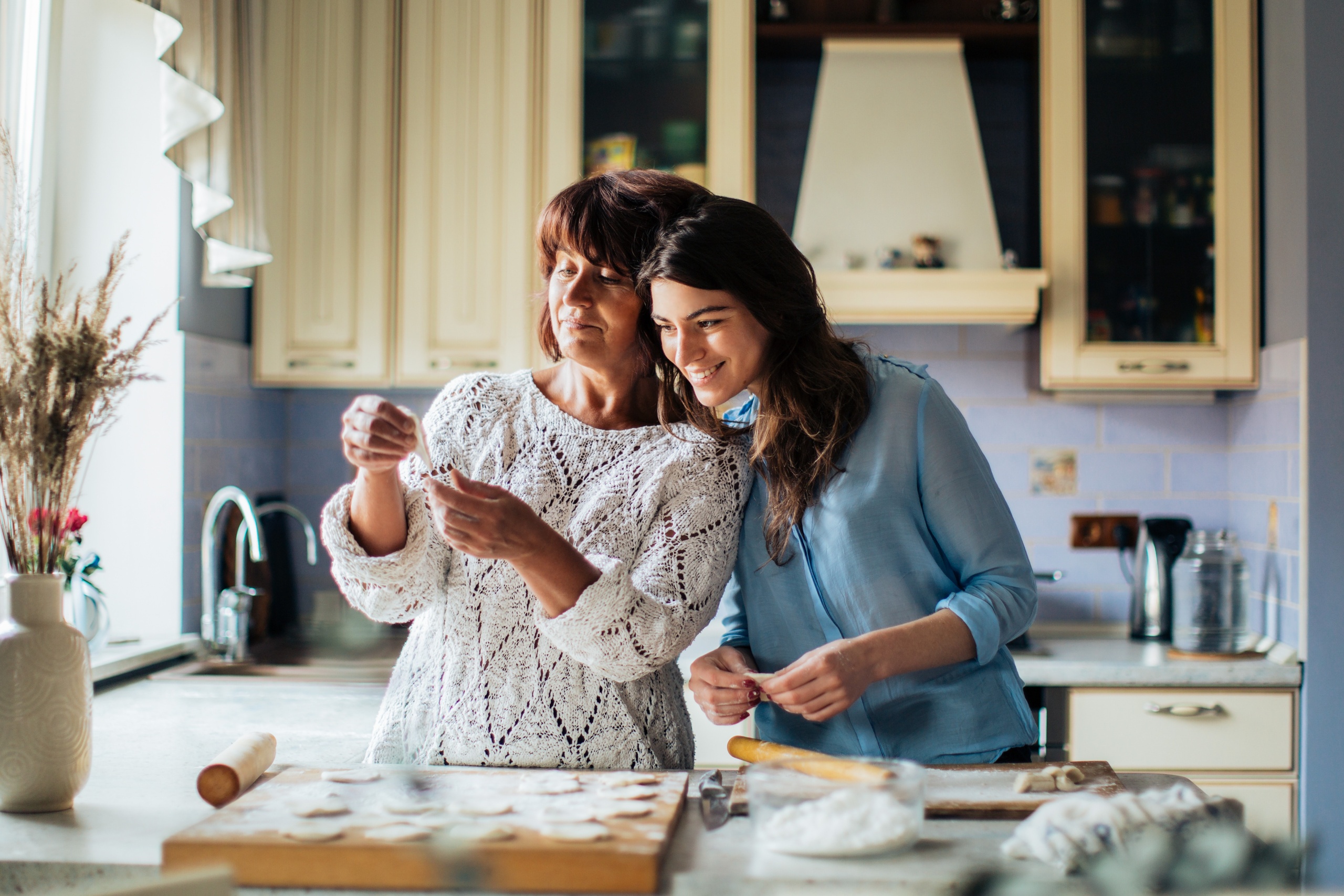 Your parents might never meet the level of acceptance you want from them. What it comes down to, says Jagad, is can we both exist in this physical space of our home without attacking each other?

Jain goes for regular therapy and takes medication to manage her anxiety. On days when she feels overwhelmed, she confides in her parents. “Now instead of telling me to be strong, they give me the space I need and lend an ear. That’s been a positive change, and I’m really proud of them.”