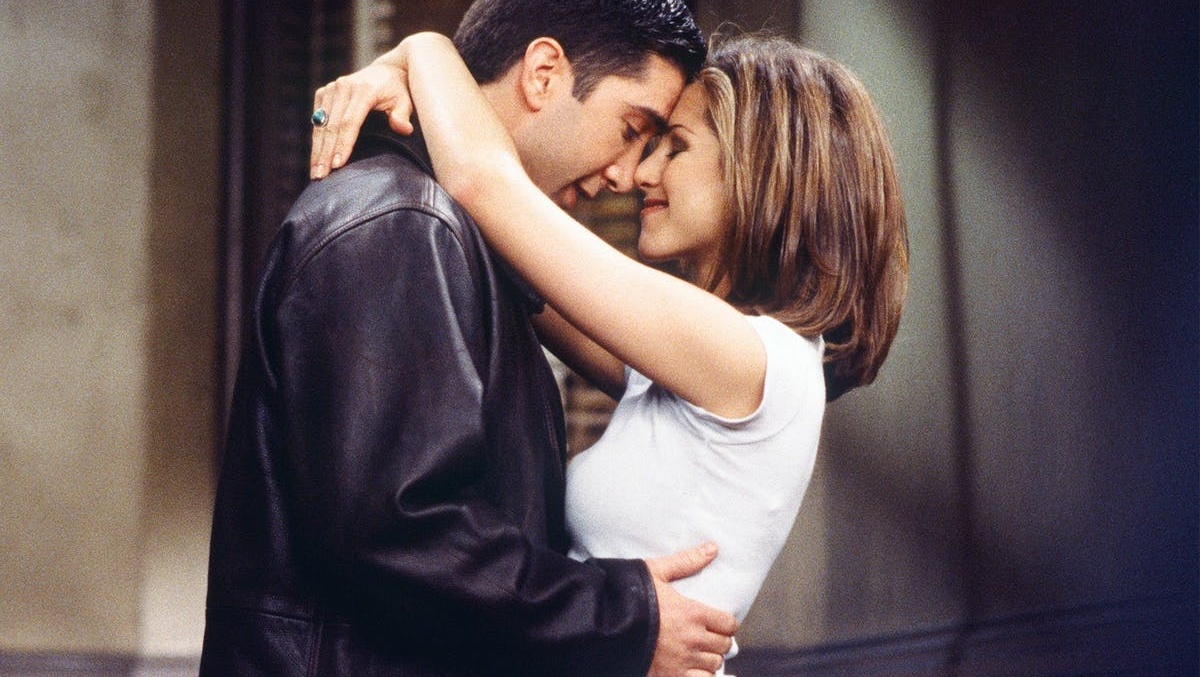 Is reigniting an old romance with an ex ever a good idea?

Are they your ‘lobster’ or has the ocean simply dried up?

Let’s turn back time. It’s 2012. It’s almost 7 PM and you’re pulling an Usain Bolt home from your math tuition because you don’t want to miss singing along to I’ll be there for you as the Friends opening credits roll in. You’re stumbling across the living room, frantically searching for the TV remote because Ross and Rachel had a huge fight in the last episode and you’re itching to know if they are really on a break.

Courtesy of the COVID-19 pandemic, not much has changed since you’re still sleeping in your childhood bedroom, watching reruns of Friends on Comedy Central, except that David Schwimmer and Jenifer Aniston AKA Ross and Rachel might actually be dating in real life.

Although the former co-stars have already denied their rumoured coupling, Friends fans are still shipping the actors, who played one of TV’s most iconic on-again, off-again couples, and have been cruelly dangling in our faces, our own dreams of finding the One.

Another couple keeping the spirit of the aughts alive is Jennifer Lopez and Ben Affleck, after a full 17-year wait.

Itching to find our own lobsters in a sea full of regular, old fish, the self-destructing lot of us (including myself) have been plagued with text-your-ex vibes. Aniston and Schwimmer’s rumoured relationship and Bennifer’s resurrection may have made us long for lost loves, but reigniting an old flame can easily leave us on the bullet train to hell.

Once my resolve to ignore my ex melted away like ice cream on a hot summer’s day, I decided to talk to experts in the field — relationship counsellors and real people who have successfully or unsuccessfully tried to get back together with an ex. According to them, we must ask ourselves these seven questions before leading our hearts down the road to second-hand love.

Are these feelings permanent?

If you were stuck living alone during the pandemic, chances are that you’ve been feeling like a sage in a cave — except that your solitude is fast spiralling into loneliness.

The first question that Dr Nisha Khanna, a relationship and family psychologist, recommends asking yourself is if these feelings are just the regular hawa ka jhonka or if they’re here to stay. “Is it genuine love for that person or have you just been feeling lonely, which is making you think about your ex?” she asks.

Because of the isolation and resulting lack of intimacy brought on by the pandemic, many of us have fallen back on old patterns, finding comfort in familiar things that can shelter us from our loneliness. For some of us, that includes going back to old partners — or at least thinking about it.

Why did you break up?

Tanvi Joshi and her ex — who is now her husband of four years — had been together for almost six years, four out of were long distance, before they broke up.

Having been in a relationship since the young age of 19, Joshi felt like she needed to explore a life outside of him. She says, “It was a very personal need to not be a part of a couple at the time, especially because we had been so young when we started dating. I wondered if there was a me beyond him.”

Although the two ended up working things out and finding their way back to each other eventually, everyone isn’t as lucky. Breakups aren’t like bad hair days; they don’t just happen. They’re like the dirt under your fingernails that accumulate over time unless you make an effort to clean up.

In the words of Dr Jenn Mann, award-winning psychotherapist and TV host, “There was a reason why you broke up — remember that.”

Making a strong case for “relationship amnesia” after a string of failed romantic partners, Mann says failed dates or hook-ups can often leave us rummaging through our old partners — the ones we slapped ‘the One Who Got Away’ sticker on and tucked into a faraway corner of our minds.

When we’re disheartened or, worse, desperate, we’re in a risky place in terms of decision-making.

What makes you believe things will be different this time around?

If your response to this was, “Nothing, just my gut”, you may as well call it quits already. Although brushing things under the rug is a part of our south Asian DNA, if you don’t want your renewed relationship to disintegrate like that Indian version of Friends (yes, there is one), both of you must ensure that your motivation to put in the work has not fizzled away.

For Vidya Swaminathan and her ex-husband, they knew the minute they got back together — they were doing it for everyone but themselves. “We had a lot of complex issues. We reconnected for the sake of our babies, to give them a stable life,” she says.

Swaminathan confesses to having this realisation a mere six months after getting back together with her ex-husband. She adds, “We refused to work through our problems, we wanted to work around them.”

If your ex appears to want to reconcile but is reluctant to put in the necessary effort to fix the broken pieces (or vice versa), that’s your answer. But what if your ex is right beside you in the trenches for the long haul? A neutral third party’s advice — that of a therapist or marital counsellor — can open the door to a new and better way of being together.

Have you had enough time apart?

If you’re thinking about getting back together with your ex within days of breaking up, give yourself a week. And then another week. And then one more. Consider going on an ayahuasca retreat to cleanse your insides, maybe.

Dr Khanna advises spending at least six months or a year apart from each other before even thinking about getting back together again. “It’s important that the two people in the relationship work on themselves individually during their time apart,” she says.

Give yourself some time to shake the cobwebs off the relationship, and honour the feelings and events that led to the breakup. Being heavily invested in the sad dirge of failed Hollywood romances (read Kimye, Brangelina) is a lifestyle, playing pakdam-pakdai with your ex is not.

If you and your ex are both dedicated to giving it another shot, take your time to make that decision — together, with all the information and experience you’ve gained during your time apart.

What do you want for the future?

If you want your ex to be the Veer to your Zara, it’s not a lofty goal to have similar expectations from your respective futures.

For *Shail Khan, it felt like no time had passed when she met her ex 20 years after breaking up with him. Even after being married to different people during that time, she says they “picked up where they had left off”. Being an inter-faith couple, they broke up due to familial pressure but now, they’ve been happily married for the last 7 years.

Both of you need to be able to articulate what you want for the future. Discuss what your married life would look like, would you have babies, where you would live, among other things. You might argue that the future is far away but it’s really not.

If your best friend was in the same situation, what would you tell them?

So, were you like Teflon — immune to logic, sense, and evidence-based reality — egging them on to get back with their ex? Or did you sigh with relief when they broke up with their former significant other?

It’s normal for friends to take sides after a breakup. Joshi recalls feeling judged by all their mutual friends when they got to know the reason behind the breakup. She says, “Except for the both of us, nobody else understood my need for not being part of a couple.”

We treat our friends with considerably more compassion than ourselves. If you’d encourage a friend to breathe through the pain of missing their ex and see how they feel in the morning, perhaps you should do the same for yourself.

Will you be okay if it still doesn’t work out?

Often when the thrill of reconciliation wears off and reality of getting back with your ex settles in, all the issues you ended things for in the first place might return, and you might find yourself in your own rendition of Groundhog Day.

Khanna suggests making peace with the fact that even after all the work that you have put in, the relationship might end up not working out. She says, “Understand that they’re still the same person. Be mentally prepared that your partner might fall back into old patterns, ending in the disintegration of your relationship.”

If the emotional baggage with your ex is heavy enough to ground a 747, are you sure your heart won’t need a defibrillator in case it doesn’t work out?

You must recognise that even after all these questions have been asked and answered, the relationship might still fail, despite your best efforts. Yes, the huge unknown on the other side of your relationship may be scary but it can also be beautiful, full of newness and light, like a personal aurora borealis. Accept that your ex may or may not be a part of that life. But, in any case, you’ll be there, living, driven by nothing but your own brave heart.

*Name has been changed as per contributor’s request for anonymity